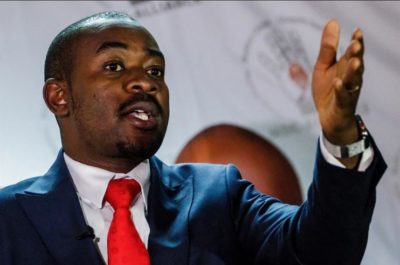 THE political drama across the world is getting to the extremes each election time. Issues of electability, photogenics and who says the most persuasive or populist policies seems to get ahead. This scenario has played itself in the United Kingdom and the United States, where populist candidates Boris Johnson and Donald Trump have won the highest political offices.

Johnson and Trump took leadership of their countries on the back of rising nationalist sentiment, a promise to reclaim power from the European Union (nostalgia for imperial days) and Trump’s call for “making America great again”.

Journalist James Ball in his acclaimed book, Post Truth – How Bullshit Conquered the World, sets a new bar on analysing the concept of politicians who lie, twist the facts and maintain the lie even if they are exposed as they try to win an election. The book analyses the 2016 Brexit and Trump election into the Oval office.

Ball argues that social media has helped bullshit to spread across the populace, but more importantly that it’s the audiences who are no longer able to discern, interpret issues based on their prejudices and most likely people who want to fit-in. The phenomena has been called “echo chambers”.

In Zimbabwe, there is the unending electoral political drama between Zanu PF that has dismally failed to deliver on its election manifesto and a populist opposition that continues to drum legitimacy issues two years after polls in the hope to remain politically relevant going into 2023.

The opposition MDC last week held a smart councils summit in the capital, which was officially opened by its leader Nelson Chamisa. This in many respects should have been a large and far-reaching meeting on local governance since the opposition controls all the 15 urban councils that have mayors. However, for a party rich in hyperbole and pursuit of international fads, this was a lost opportunity.

The MDC has been besotted with the idea of smart cities. In its 2018 election manifesto it said: “The MDC Alliance government thus undertakes the following:

It is interesting to note that the term “smart city” is not defined. The term means cities that harness the power of the internet to drive services in the digital world. These are futuristic cities that depend on the internet of things to function.

The MDC has no comprehensive local governance policy, its ideas are shared on an ad hoc basis depending on who is speaking and to which audience. For one to appreciate the policy paralysis in the opposition one has to look no further than its crown jewel – Harare City Council.

In 16 years of effective control, from Elias Mudzuri to Herbert Gomba’s mayorship, the city has not had a developmental blue-print with clearly defined time horizons. The city has no discernible policy on public transport, city expansion, housing, education and health provision. It has perfected the art of muddling through.

Harare, for the second-year running, has failed to audit its books after it abruptly terminated its billing software contract with BIQ Technologies. The city does not have an up-to-date asset register, in other words it does not know what it owns, giving room to bureaucrats and unscrupulous councillors to strip the local authority of its assets. In the meantime, the city is struggling to bill for services rendered.

Last week’s MDC summit cannot be said to be anything revolutionary for the opposition party. It was another routine get together to praise sing its leader, Chamisa. One needs not to dig deep to expose what was going on. Let us for a moment look at the resolutions of the two-day summit.

Juxtaposing the manifesto against the summit resolutions lays bare the unco-ordinated policy development, haphazard manner of implementing ill-defined policies and having an incompetent people-driven policy they do not understand.

The city has been dragged to the High Court and lost on cases of allowing development on wetlands.

The MDC has to cut back on hyperbole and start delivering, making the 15 urban councils its springboards for policy formulation and implementation. It should let the results speak for themselves, move towards service delivery than seeking international fads to bamboozle audiences.