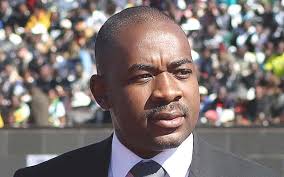 HARARE – The manner in which Nelson Chamisa secured the MDC  presidency is likely to cause considerable damage to the opposition just months before the next general elections, the Institute of Security Studies (ISS) has said.

Chamisa, 40, emerged as the new leader of the MDC following Morgan Tsvangirai’s death on February 14 aged 65 after a long battle with cancer.

The MDC national council — the highest decision-making body outside congress — endorsed Chamisa as acting president of the party, but axed vice president Thokozani Khupe, who was bidding to succeed Tsvangirai, opposed his ascendancy, leading to her expulsion from the party for truancy.

Derek Matyszak, a senior research consultant at ISS, said sadly, the most immediate legacy of the late Tsvangirai is an predictable and unseemly succession battle from which the youthful Chamisa has emerged as victor.

He said Tsvangirai muddied the waters in July 2016 by appointing two “vice presidents” — Elias Mudzuri and Chamisa — in addition to the fired party’s deputy president, Khupe, elected by congress in 2014.

Matyszak said Chamisa has now taken the stance that there is neither money nor time for the party to convene an extraordinary congress to affirm his position before the elections.

“He will thus be the party’s presidential candidate by default,” he said.

“Khupe has responded by breaking away and seeking an alliance with smaller opposition parties, with a legal battle looming over the MDC-T name and the party’s share of State-funded political party financing.

“The MDC-T has campaigned in past elections with the slogan ‘Mugabe must go’ and a promise of economic and democratic reform. Mugabe is gone. The new administration under President Emmerson Mnangagwa has stolen the opposition’s platform of economic reform.

“All that now distinguishes the MDC-T and Zanu PF as parties is what remains of the MDC-T’s stated commitment to constitutionalism and non-violence.

“It is not lost on the electorate that the ugly succession battle and Chamisa’s power grab have blurred these remaining dividing lines,” Matyszak said.

He said the MDC has always sought to distinguish itself from the ruling Zanu PF party by campaigning on a platform of non-violence and adherence to the rule of law and constitutionalism.

“So determining succession to the party presidency should have been a simple matter of applying the party’s constitution,” he said. Matyszak said Chamisa rose to power through skullduggery.

He said February 15, a day after Tsvangirai’s death, “at a dubiously convened and highly charged meeting of the party’s national council chaired by Chamisa himself, Chamisa was declared acting president and Khupe’s claim was discarded”.

“Presenting himself as acting president at Tsvangirai’s funeral, held at the late president’s rural home five days later, Chamisa inappropriately used the occasion to whip up support for his position among the thousands of party faithful present.

“This caused considerable discomfort to the foreign dignitaries sharing the platform with him,” Matyszak said .

“Chamisa’s supporters then set upon Khupe and others in her company perceived to be against his elevation.

“The attempt to drive her out of a village hut where she had sought refuge from the baying and violent mob, by lighting the thatch, failed only on account of the damp weather.”

He said Chamisa then tried to persuade a sceptical public of the legality of his position.

“He pointed out that the MDC-T’s national council had the power to resolve this difficulty of who should be appointed acting president if the party had three deputies. His argument, however, depended entirely on whether the appointment of the two additional deputies was legal in the first place.

“A document which was supposedly the 2014 version of the party constitution then began circulating on social media. It differed from the 2011 version in that an ‘s’ had been added to ‘deputy president’ in two places.

“Chamisa used this to justify his assertion that the appointment of the additional deputies was lawful.

“Other than those two clauses, (the only places where the ‘s’ could be added without requiring a redraft of the whole clause) the constitution refers to deputy president (singular) throughout and the clear import is that it is drafted on the basis of there being only one deputy.”