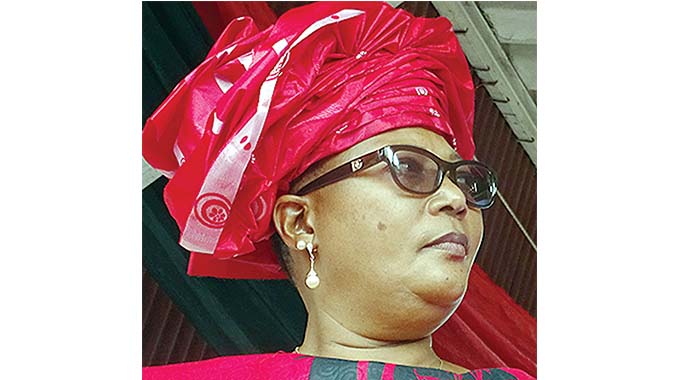 Vusumuzi Dube, Senior Reporter
THE MDC-T has vowed to monitor operations of their candidates who were deployed to local authorities in the country, vowing to recall those who are involved in corrupt activities.

This comes after the party last week recalled a number of councillors in different councils in the country including eight from Bulawayo. In an interview on Friday, MDC-T national spokesperson Mr Khaliphani Phugeni said the party had since convened a local governance cluster which was looking at the activities of councillors from their party since they came to office in 2018.

Mr Phugeni said they were not on a witch hunt but they just wanted to weed out corruption and ensure that their councillors offer the best possible service delivery to residents.

“I am part of the local government cluster where we have started looking closely at the operations of our councillors since 2018, we are focusing on issues to do with service delivery taking for example housing delivery where we discovered that some residents have been on the housing waiting list since the 1980s. We are serious about this exercise that we are even targeting our members who have left council, where if we find them to have engaged in corrupt activities during their time in office, we will surely be descending on them,” warned Mr Phugeni.

He, however, expressed confidence that most of their councillors were aware of their mandate revealing that the party had recently engaged Bulawayo City Council councillors on the Luveve water contamination matter with the hope of bringing a solution to the crisis that had resulted in the death of 13 people in the suburb with close to 2 000 residents being infected.

“When that outbreak occurred I was part of a delegation from the party that convened a meeting with Bulawayo Mayor, Councillor Solomon Mguni and his councillors with the hope of having a better understanding of the issues and also encouraging them to find a solution to the problem, and you will note that after that meeting the councillors worked hard to push council workers, now the problem has been largely addressed,” said the party’s spokesperson.

Regarding the recent recalls, Mr Phugeni dismissed claims that they wanted to cripple operations of local authorities saying they were only targeting corrupt individuals and those that had publicly declared that they had ceased being members of the MDC-T.

“I will give you the example of the Gwanda Mayor, Jastone Mazhale we had to recall him after he declared that after we met with them as councillors he had just come in to listen but did not recognise us, honestly how then do you keep a councillor who makes such declarations. Even the former Deputy Mayor of Bulawayo, Tinashe Kambarami, he came out in the media declaring that he recognises the MDC Alliance as his parent party not the MDC-T clearly he rendered himself not part of the party hence we had no choice but to recall him,” said Mr Phugeni.

Questioned on whether those councillors who were not recalled had recognised the Supreme Court ruling which put Dr Thokozani Khupe at the helm of the MDC-T, Mr Phugeni could neither confirm nor deny but only stated that they were being guided by the provincial executives who were in contact with the councillors on the ground.