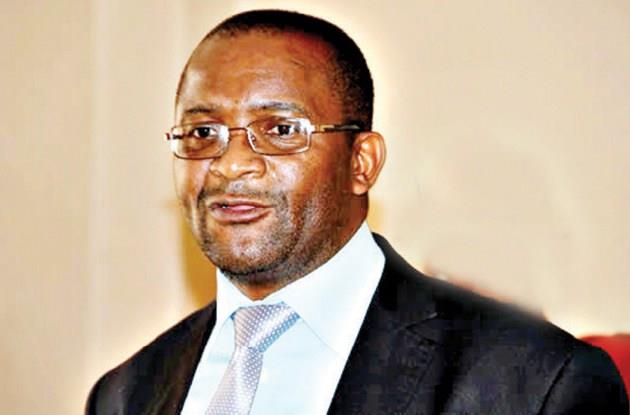 HARARE – The Nelson Chamisa-led MDC will lock horns with Zanu PF in an electoral contest again in the Mutoko North by-election — three months after the July 30 disputed harmonised elections, the Daily News can report.

President Emmerson Mnangagwa has ordered that new elections be held for Mutoko North Constituency which fell vacant when incumbent legislator, Marble Chinomona, was elevated to president of Senate a fortnight ago.

In a recent government gazette, Mnangagwa proclaimed November 24 as the day on which the by-election will be held to choose the Member of Parliament to replace Chinomona.

In the same vein, Mnangagwa proclaimed October 12 as the date on which the nomination court shall sit for the Mutoko North Constituency by-election.

Reads the gazette: “Now therefore, under and by virtue of the powers vested in the president as afore said I do hereby (a) order a new election for the constituency of Mutoko North, and (b) fix Friday the 12th day of October, 2018, as the date on which the nomination court shall sit, commencing at 10 o’clock in the morning at the magistrates court, Ruzawi Road, Marondera for the purposes of receiving nominations of candidates for election as a member of the National Assembly constituency for Mutoko North and (c0 fix Saturday the 24th of November 2018 as the day on which a poll shall be taken if a poll becomes necessary in terms of section 46 (17) (c) of the Electoral Act.”

MDC secretary-general Douglas Mwonzora told the Daily News yesterday that the MDC was ready to battle it out again in the parliamentary by election.

“Our national standing committee made a resolution to participate in all by-elections including the Chegutu council by-election that is also coming up and we will hold primary elections soon to choose our candidates and roll out our campaign,” Mwonzora said.

Added Mwonzora: “The reason why we are holding primary elections is that we are not assuming that because one was the candidate in the July 30 elections so he or she remains the popular candidate because circumstances change.

“If they are popular, they can still win but should they lose, that tells you the kind of candidates they are so the internal process will be allowed to decide”.

Chamisa, who lost to President Emmerson Mnangagwa after he polled 44, 3 percent of the presidential votes against the incumbent disputes the results accusing the Zimbabwe Electoral Commission (Zec) of colluding with Zanu PF to rig the polls.

But Mwonzora said that will not force the MDC into boycotting saying “we will not abdicate our responsibility to represent the people so we will give it a go notwithstanding our reservations about Zec’s ability to administer a free, fair and credible election”

The Zanu PF women’s chairperson won the seat in the July 30 election, polling a massive 16 902 votes to defeat her rivals who include against her challengers, Boniface Mushore of MDC Alliance’s 3 151 votes with Kativhu Shamu of FreeZim Congress managing a paltry 262 votes.

The main MDC, under the tutelage of its late founding president Morgan Tsvangirai had been in the habit of boycotting the country’s by-elections in attempts to press for electoral reforms.

However, that seems to have changed with Chamisa taking over the reins of power with the former ICT minister said to be of the view that it is not wise to boycott on account that by-elections keep the party visible.