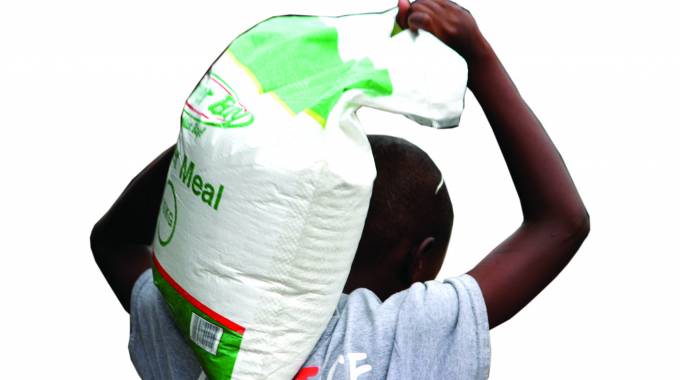 Shops in most residential suburbs are this week expected to receive stocks of subsidised mealie-meal following a bipartite arrangement between millers and the Zimbabwe Republic Police (ZRP) to enforce order.

Many residential areas have not received subsidised mealie-meal since Government declared a 21-day lockdown.

Zimbabwe is expected to end the home restrictions at midnight this coming Sunday.

The Sunday Mail has established that the plan to supply mealie-meal in residential areas is meant to limit movements of people into central business districts where they have been queueing for the mealie-meal whenever it is available.

The queues are feared to aid the spread of Covid-19 as social distancing is flagrantly defied when customers scramble for the basic commodity.

Under the new system, consumers will access the product from shops in their residential areas at the subsidised price of $70 per 10kg pack.

“Grain Millers’ Association of Zimbabwe has agreed with the Zimbabwe Republic Police to have mealie-meal delivered to consumers according to a zoning,” read the statement by GAMZ in part.

“The system will allow the consumers to access the commodity from supermarkets and retail shops in areas where they stay.

“This arrangement will minimise movement of people to and from cities and towns and reduce congestion as the commodity is made available at various points.”

Chief of Staff for ZRP Operations Police Commissioner Issac Tayengwa said police would work with GMAZ to ensure the roller meal is sold in an orderly manner.

“This arrangement will provide for more shops to receive and sell maize-meal so that consumers buy the product in their respective areas of residence.

“The police will provide the necessary passage and will deploy details to oversee the delivery and selling of the maize meal.

“This exercise, which will run during the currency of the lockdown, is vital in ensuring social distancing during queueing and will allow more households to buy the product at their nearest retail shop.

“The zonal-based maize meal distribution will commence on Tuesday, 14 April 2020.”

It is expected that the new system will also effectively annihilate the black market selling of roller meal.

Some unscrupulous dealers had taken advantage of the shortages to divert roller meal to the black market where it was sold for more than double the subsidised price. Confederation of Zimbabwe Retailers’ Association president Mr Denford Mutashu welcomed the development but noted that the system would have been more effective if GMAZ and ZRP roped in retailers.

“The millers advised us of their agreements with the police and as CZR our role is to facilitate smooth and equitable distribution of the mealie-meal to all registered retail outlets and wholesalers with the product being sold at subsidised prices,” he said.

“We have adopted zero tolerance to profiteering by all players who receive the product.

“It is crucial that next time they include the retail and wholesale sector in coming up with such crucial decisions as we are a key linkage to consumers.”