Media urged to be accurate, factual 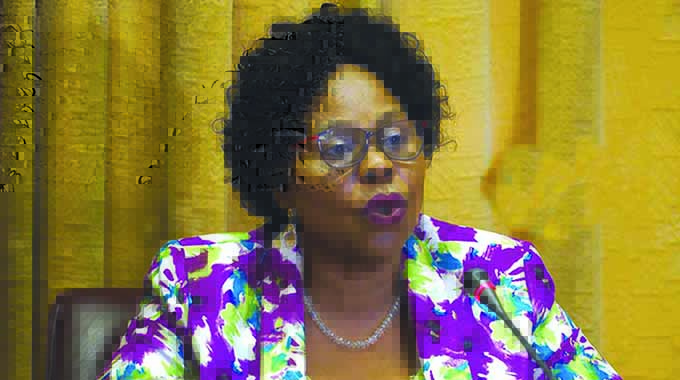 Media reports on Government’s re-engagement with Western countries being led by President Mnangagwa should be accurate and progressive for the benefit of all Zimbabweans, Information, Publicity and Broadcasting Services Minister Monica Mutsvangwa has said.

She said this during her ministry’s Strategic Planning Review Meeting in Harare yesterday.

Minister Mutsvangwa said the meeting was aimed at reviewing the operationalisation of the strategic plan adopted early this year.

“Zimbabwe demands journalists to objectively unpack the Zimbabwean story, mobilise citizens to realise the national vision of developing an upper-middle economy by the year 2030, as defined by President E.D Mnangagwa,” Minister Mutsvangwa said.

She said it was worth noting that the contribution of academics in the analysis of Zimbabwe’s re-engagement process may benefit citizens by way of conditioning them to the eventual outcome of the process.

She said rebranding Zimbabwe locally, in the region and internationally was paramount going forward.

Minister Mutsvangwa said it was pleasing to note that the ministry rolled over to Programme-Based Budgeting as it prepared its bid for the 2020 National Budget.

“It is unfortunate, however, that due to limited national financial resources, the expenditure cap/envelope offered to the ministry currently stands far below the ministry’s budget bid,” she said.

“As we are asking for additional financial resources from Treasury, to be reasonably capacitated to deliver the ministry’s mandate, we had stressed the need for the ZimDigital Project’s budget to be treated as a stand alone national infrastructure development programme.”

Minister Mutsvangwa said she was pleased to note that there had been some significant improvement in the obtaining media sector environment and that the improvement had taken place on the backdrop of a myriad of political and socio-economic challenges.

“The media legislative reform process being pursued by President Mnangagwa’s administration through the ministry has been inclusive, involving all key stakeholders in the industry and has in the process increased mutual trust between stakeholders and policy makers, a condition that augurs well for the future of the industry,” she said.

Minister Mutsvangwa said as Government’s communications centre and public relations office, the ministry should lead the way in ensuring that Government communications were effective and efficient by facilitating two-way communication between Government and various publics, both domestic and international.

Minister Mutsvangwa applauded the Chinese government for the donation, which she said will go a long way in assisting to disseminate information especially through their officers in rural areas.