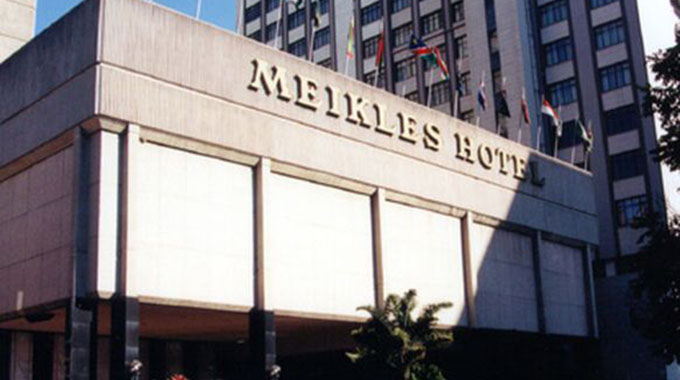 Meikles Limited said on Friday it  requires at least US$30 million to modernise its prime Harare hotel,  which the group is in the process of selling to a Dubai based company.

The Competition and Tariff Commission recently approved sale of the five-star Meikles Hotel to a firm called Albwardy Investment.

Group chairman, John Moxon said there was no going back on plans to  dispose of the hotel, with shareholder approval to be sought at a later stage.

“Meikles Hotel now requires substantial modernisation of guest  facilities as well as electro-mechanical plumbing infrastructure to  restore it to a five-star property by international standards,” Mr Moxon  said in a statement accompanying the group’s financial results for the  year ended March 2019.

“Initial forecasts suggest up to US$30 million needs to be spent on the  hotel.”

Mr Moxon said the group was not in a position to commit funds for the  upgrade of the legendary hotel, which has been in existence for over 100  years.

A key feature in Harare’s central business district, Meikles Hotel is  one of two five star hotels in the Zimbabwean capital city.

Disposal of Meikles Hotel will leave the group with two hotel  subsidiaries, the Victoria Falls and Cape Grace in South Africa.

Mr Moxon said funding had been secured for an upgrade of the Victoria  Falls hotel which would start in the last quarter of the year, after the  peak season.

Meikles’ hotel division was the third largest contributor to group  earnings in the period, with the biggest contributions coming from the  supermarket, followed by the agriculture division.