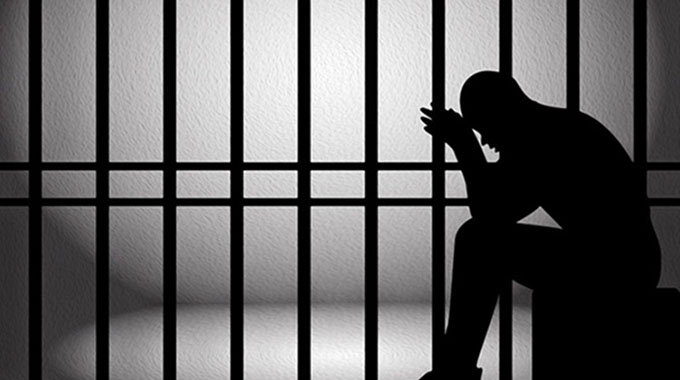 Mental disorders affect one in every four people over a lifetime. They represent a huge cost to healthcare systems and to global economic growth. Mental health services for the mentally ill prisoners remain in dire shortage in most parts of the world.

This is due to high prison populations coupled with a lack of adequate resources.

Mental well-being is a fundamental part of a person’s capacity to lead a satisfying life, including the ability to form and maintain relationships, to study, work or pursue leisure interests, and to make day-to-day decisions about education, employment, housing or other choices.

Disturbances to a person’s mental well-being can adversely compromise this capacity and the choices made, leading not only to diminished functioning at the individual level but also to broader welfare losses for the household and society.

A number of obstacles hinder successful reintegration of ex-prisoners into society. These barriers include difficulties in obtaining employment and acquiring housing.

Many ex-prisoners with mental illness find themselves without their basic shelter and security needs met. Until these are satisfactorily addressed, it is difficult for them to tackle higher needs such as employment, or health depleting behaviours such as smoking or substance misuse.

Clearly, successful reintegration of ex-offenders into the community is critical in reducing re-offence.

Re-offence is the act of a person repeating an undesirable behaviour after they have either experienced negative consequences of that behaviour or have been treated or trained to extinguish that behaviour.

Internationally, several researchers have explored whether criminal justice professionals are aware of ex-prisoners’ needs and the challenges they face on re-entry into the community.

Evidence from the researchers has shown that most ex-prisoners believed that their Community Correction Officers (CCOs) and parole officers did not truly understand their needs, and they did not see their CCOs as a resource in the re-entry process.

In Zimbabwe, there are no CCOs and parole officers operating on the ground.

Therefore, the daunting task is left in the hands of ex-prisoners themselves and their caregivers to navigate the turbulent terrain of convincing the community that one is stable following discharge from institutional care.

In view of this development, crime prevention programmes like provision of rehabilitation from the wider community may be needed to prevent re-offence by mentally ill ex-prisoners.

Given the challenges, it is critical to connecting ex-prisoners with mental disorders to mental health treatment facilities, caregivers and other support services during their transition from forensic psychiatric institutions so as to reduce negative outcomes.

Statistics from the Ministry of Health and Child Care put at least 1,3 million people living with mental illness in Zimbabwe.

For a country with about 14 million people, Zimbabwe also has less than 30 registered clinical psychologists, 16 psychiatrists and nine public mental health institutions.

This means that for many Zimbabweans, mental health is out of reach, either physically or financially, a situation that is not tenable.

Early this year, Chikurubi Maximum Prison was reported to have close to 300 mentally ill inmates at its mental psychiatric wing against a carrying capacity of 70. This reflects on the depressed mental health services in the country.

Thus, there is great need to give some insights in linkages between stakeholders, resources and support structures in this context.

A shift may be needed from institutionalised mental healthcare in prisons to community mental health service.

Mentally ill inmates may benefit from services from their close siblings or caregivers in their homes rather than being institutionalised. This is because specialised mental health facilities even in most prisons are overcrowded as they continue to surpass their holding capacity.

In view of these developments, studies are needed to identify the dynamic risk factors associated with re-offence in the mentally challenged ex-prisoners in and outside prison care, the strategies employed for social reintegration for ex-prisoners with mental illness into the community, as well as the interventions facilitated by the justice system.