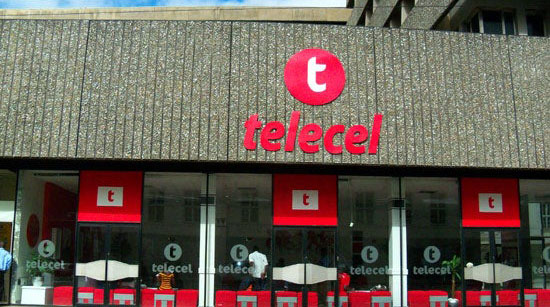 A full-blown brawl is playing out at Telecel Zimbabwe as board members cross swords over attempts to oust current chief executive officer Mrs Angeline Vere over allegations that she turned the mobile telecommunications company into a loss-making entity since taking over the reins in 2015.

Government assumed a controlling stake in Telecel after buying a 60 percent stake in 2016.

Those pushing for Mrs Vere’s ouster also claim that in addition to failing to uphold her fiduciary duties, she has reportedly failed to produce audited financial statements through the five-year period through 2018.

However, there are board members who are fiercely fighting in the embattled CEO’s corner.

It is believed that Mr Mawindi has been persistently raising the flag over Mrs Vere alleged failure to adhere to prudential management practices and unilaterally making questionable decisions, which had negative connotations on the company’s finances, without seeking board approval.

In an email dated May 22 2019 that was written to other Telecel board members — Messrs James Makamba and Selby Hwacha — and seen by The Sunday Mail, Mr Mawindi said the company’s CEO had renewed service level agreements (SLA) worth US$1 million with vendors such as ZTE and Huawei without conferring with the board, which she was ordinarily expected to do.

A $500 million strategic plan developed by the strategy committee in April 2018 to turnaround the fortunes of the firm, he added, has also not been implemented.

“I also understand that there were some re-authorisations for our annual service level agreements (SLA) with our key vendors, including ZTE, Huawei and Obopay, for the Billing & IN systems, MFS and Radio Access Network(RAN) to the tune of close to US$1 million, which required board approval.

“This once again was unprocedural and a blatant violation of standing rules and procedures for authorisations by the CEO who knew very well that any order or engagement above $100 000 required full board approval in accordance with the existing schedule of authorisation.” Mrs Vere’s charge sheet also includes recently adjusting workers’ salaries by 20 percent without seeking approval from the board. Curiously, she also had an odd arrangement through which the company was paid in RTGS for roaming services that are billed and remitted in foreign currency.

There are also concerns that Telecel is now procuring services without an appraisal from the company’s technical department — which has been rendered invalid — which essentially compromises the quality of works that would been contracted.

Efforts to get a comment from Mrs Vere were futile as she did not respond to questions by the time of going to print.

However, in an email to board members dated 3 September 2018, she said the company had failed to implement its turnaround strategies after failing to secure a US$5 million loan for the exercise.

“In formulating the budget for 2018, the company had factored in a bank loan of US$5 million from March 2018, which loan has not materialised. Despite the lack of direct funding, the company has rolled out an additional 17 3G sites this year from funds generated by the operation. This has had an impact on the ability to meet operational expenses and we are facing several threats of litigation from creditors.

“As management, we have employed a number of cost-cutting measures to reduce our Opex (operation expenditure) and continue to introduce new products to improve the revenue line,” she said.

A board member, who spoke to The Sunday Mail on condition of anonymity because of the sensitivity of the matter, said the allegations against Mrs Vere were not only untrue, but were not even a board issue.

“Telecel has its challenges given the environment we are operating under. Our priority areas are to reconstruct the company and raise capital,” said the board member.

Mr Makamba said he was busy with meetings.

But the contentious fate of the CEO has since been overshadowed by Mr Makamba’s pre-emptive move to suspend Mr Mawindi.

In a statement on Thursday, Mr Makamba wrote: “The Telecel board of directors wishes to inform all stakeholders that a resolution has been passed for the suspension of Mr Francis Mawindi from holding office of Telecel Zimbabwe board of directors effective June 6 2019, pending final resolution by the shareholders in accordance with the Companies Act.

“This is following Mr Mawindi’s breach of the common law fiduciary duty of confidentiality and to act in the interest of the company through communicating and misrepresenting confidential information.”

But Mr Mawindi has come out fighting, claiming that the suspension was null and void, and an attempt by the formerly exiled businessman to “cover up the shenanigans happening in the company”.

“I never communicated with the press on matters concerning the company and never in any way, shape or form misrepresented confidential company information. I believe that the chairman (Mr Makamba) seized an opportunity to cover up the shenanigans happening in the company and I’m sure the truth will soon come out,” he said.

He also alleges that since the resignation of Mrs Barbara Rwodzi, who represented Telecel International, the board is not fully constituted to make such a decision.

He added: “There are supposed to be a minimum of three board directors from Telecel International (TI) and two from Empowerment Corporation (EC) as per the existing shareholders agreement and since the resignation of Barbara Rwodzi (who represented TI) from the board late last year, there has not been a replacement. “Thus, the board is still not fully represented.”

But Mr Makamba’s chairmanship in the country’s third-largest mobile telecommunications firm is being contested after his investment vehicle Kestrel Corporation was put under judicial management by the High Court for failure to pay the US$2,7 million debt he owed to businessman Mr George Manyere.

The company currently has 1,8 million subscribers.