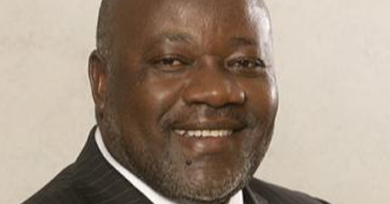 HARARE – Metbank says it will continue to pursue a property development-centred strategy after adding $15 million to its investments in real estate during the half year to June, 2018.

The bank’s investment property-dominated balance sheet sets it apart from the rest of the pack as local financial institutions have noticeably grown fond of investment securities, pushed by value preservation concerns as well as an interest margin squeeze brought about by depressed interest rates.

Metbank seems to have taken a different approach to the situation as its holdings in investments securities have remained minimal over the period — despite a significant increase, while it continues to grow its property portfolio.

“The bank continues to pursue its five-year strategic plan through focusing on property development, mortgage financing and commercial banking…A new and much stronger balance sheet is now emerging whilst a solid base for sustainable profits has been set,” Wilson Manase, Metbank’s board chairperson said in a statement accompanying the bank’s financial statements for the six months ended June, 2018.

The bank’s property portfolio grew by eight percent over the half year to June, 2018, from $179 million as at December 2017 to $194 million, bringing its investment
property contribution to the asset base up to 54 percent from 53 percent.

Real estate has remained the single largest item on the bank’s balance sheet.

Investment securities, which account for only five percent of the bank’s asset base, grew by 33 percent over the half year, from $12 million to $16 million. The bank has indicated that its operations hinge on its property portfolio, which comprises of buildings and undeveloped stands.

“Included in the investment property is property with a carrying amount of $38 million ceded as security to the Bank’s Debentures and Preference Shares Trust.

“The Bank seeks to add value to the land through property development, thereby creating capacity to settle creditors when the debt instruments mature in 2018,” the bank said in a note accompanying its financial statements.

The bank reported a profit after tax of $2,67 million for the period under review, up 555 percent from the previous financial year, buoyed by healthy increases in both interest and non-interest income. The bank managed to contain its non-performing loans ratio to an exceptional 1,78 percent which it attributes to “the on-going monitoring aimed at maintaining asset quality”.

“The bank continues to be aggressive in its loan collection and recovery efforts whilst also underwriting a new book with caution,” Manase said.