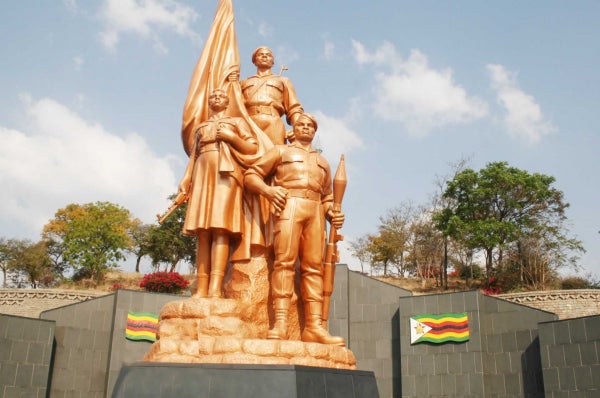 PLUMTREE Zanu PF bigwigs have unanimously agreed that the late party’s deputy chief whip and Mangwe MP Obedingwa Mguni be conferred with national hero status, considering his history in the liberation struggle and contribution to government and the party.

“I would declare and agree that he’s a national hero. He was still learning the ropes as our new Zanu PF deputy chief whip. He was running around to make sure that there was no discord between Zanu PF and the MDC. He went to war a young man at the age of 15, and when he came back, he invested at home and created jobs in his home area. I wouldn’t decline that he be accorded national hero status because of the job he did. When he became Home Affairs deputy minister, he helped children without birth certificates nationally and until today, he was still doing that. He’s a national hero through his works,” Ndlovu told Southern Eye.
She said Zimbabwe had lost a future leader, who always led by example and wanted to see the country develop for the benefit of its citizens.

“He demonstrated in Mangwe that one can build a dream-house by building a plushy home – a double storey – at his Macingwane village. He wasn’t only a visionary, but a demonstrator,” she said.

“If the party and government respect us with according Honourable Mguni national liberation hero status, that will be the most befitting declaration to have been made this year in terms of burial of our deceased patriots and national leaders. He was a selfless leader, who dedicated his time to the party and government ever since he took office in 2013 as legislator for Mangwe,” Phuti said.

He said he was shocked yesterday at a meeting in Parliament after mostly MDC legislators clamoured for Mguni to be declared a national hero.

The former Home Affairs deputy minister died on Tuesday at the Avenues Clinic in Harare, where he was rushed after falling ill following a parliamentary session. He was 56.