MIHR urges EMA to get tough on BCC 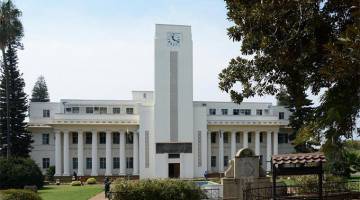 THE Environment Management Agency (EMA) in Bulawayo has been petitioned by a human rights organisation, Matabeleland Institute for Human Rights (MIHR) to release its charges against the Bulawayo City Council for failing to repair burst sewerage pipes and collect refuse.

“As MIHR, a stakeholder in human rights issues in the country, we request EMA to make available to the public, the actual practical measures it has taken to hold BCC accountable and ultimately protect Bulawayo residents from environmental rights violations due to poor sewage and refuse management currently happening in the city,” MIHR co-ordinator, Khumbulani Maphosa wrote.

“Our request for this information was grounded on the realisation that there was increased raw sewage spillage and illegal litter dumping which is attributable to poor environmental management by the BCC. BCC councillors have also acknowledged that.”

“The presence of unattended overflowing sewage and uncollected litter all over the city is a violation of fundamental human rights and freedoms, especially environmental rights as enshrined in section 73 of the Constitution read together with section 51 (right to human dignity),” Maphosa said.

“BCC is legally mandated and obliged to ensure proper management of sewerage and the timely collection of litter. The local authority also has the mandate to enforce by-laws for the avoidance of pollution through indiscriminate littering.

“EMA has among its functions the duty to assist and participate in any matter pertaining to the management of the environment, to regulate and monitor the collection, disposal, treatment and recycling of waste, and to regulate and monitor the discharge or emission of any pollutant or hazardous substance into the environment (section 10(1)(b)(i) of the Environmental Management Act [Chapter 20:27).”

The human rights group believes that it has a responsibility to request and subsequently be given this information as section 4(1)(b) of the EMA Act accords them the “right to access to environmental information….”

“Section 62(1) of the Constitution accords us ‘the right to access any information held by the State or by any institution or agency of government at every level, in as far as the information is required in the interest of public accountability’,” he said.

“Therefore, we ask for this information. Since the problem of indiscriminate overflow of raw sewage and litter dumping has been worsening over the past 8 months. We request this information to be provided to the public between now and January 22. This is also because of the emergency nature of the issue as it is of public interest, especially during this COVID-19 pandemic period.”

Ndlovu yesterday confirmed receiving the letter before promising to respond to it soon, adding that EMA was seized with the environmental issues affecting the city, with several court cases against council over the raw effluent and water pollution in the city.

“We received their (MIHR) letter yesterday (Thursday) and we are going to respond to them. The council has been in the courts on several cases of raw effluent and water pollution,” Ndlovu said.