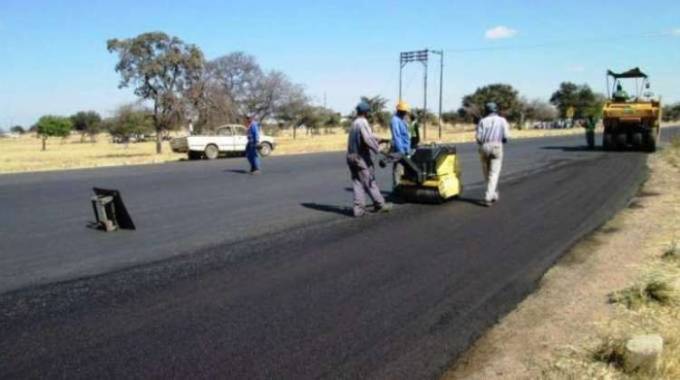 Government has completed dualising another 12-kilometre section of the Harare-Bulawayo highway, with work on the road-over-rail bridge after the Norton tollgate expected to be completed in four months’ time.

“We are impressed with the work that is being done in the province. There is a hive of activity in Alaska and here in Norton. Roads are being done.

“This road-over-rail bridge we expect to complete it in four months’ time before it is commissioned by the President,” he said.

“We are doing quite a number of roads throughout the country,” he said.

Engineers who are overseeing the project said contractors were using asphalt concrete on the roads, which is durable.

Zimbabwe National Road Administration (Zinara) board chairperson Engineer Mike Madanha said a new committee will be set up to monitor contractors and the assess the quality of road works.

Where a contractor failed to meet the recommended standard, they risk redoing the work at their own expense.

“I am urging the road authorities to hire experts and qualified personnel in road rehabilitation and construction so that we have quality and durable roads.

“After monitoring the roads, if the contractor does a shoddy job, he will redo the roads using his own money. As a new board, we are going to set up a committee that will be monitoring the progress on the ground. This will also see us dealing with corruption,” he said.

He said local authorities are failing to acquit previous allocations.

Zinara has so far released $240 million for road construction and maintenance by local authorities.

This year’s allocation has increased by more than 40 percent compared to last year when only $188 million was disbursed.

Local authorities, however, say volatile prices and bottlenecks in accessing fuel and cement have bogged down progress.