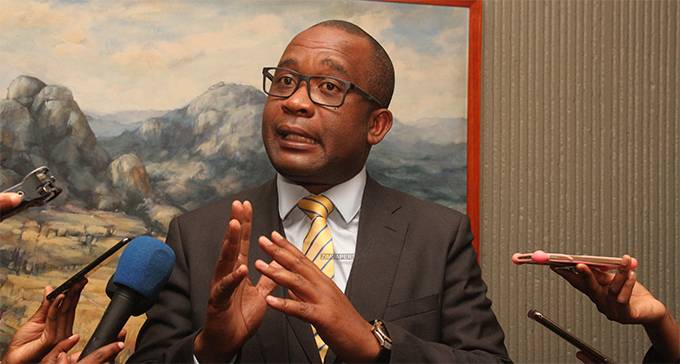 Oliver Kazunga Senior Business Reporter
The Grain Millers Association of Zimbabwe (GMAZ), is seeking permission from the Government to buy maize directly from farmers and pay them in US dollars as part of empowering the local producers.

So far, the Government through the Grain Marketing Board (GMB) is the exclusive buyer of maize produced in the country.

Following the devastating effects of Cyclone Idai that hit the eastern parts of the country in 2018 and erratic rains last year, Zimbabwe has been importing maize from around the world to cover the deficit.

The Government has given private companies and individuals with free funds the greenlight to import maize around the world.

Responding to questions during a media briefing following a stakeholder meeting in Bulawayo last Friday, GMAZ chairman Mr Tafadzwa Musarara, asked why Zimbabwe was the only country in Sadc with “serious” maize shortage when the whole region was looking at other countries such as Zambia and Malawi.

“We have serious structural issues with our subsidy programme . . . why is it that we are the only one with  maize-meal shortage? It has to do with policy review and others,” he said.

Mr Musarara said the prevailing grain shortage was man-made adding that there is need to correct it.

He said: “We have also requested that millers be allowed to go and buy maize directly from farmers in either local currency or US dollars because some of the maize we are importing, we have been paying in US dollars using free funds.”

The country requires 1.8 million tonnes of grain annually for both human and livestock consumption.

Mr Musarara said buying grain from the local farmers would also empower the farmers, while at the same time saving the country millions of dollars in foreign currency.

“We feel the Government must consider doing this  so that we promote our own farmers,” he said.

During the media briefing Mr Musarara said GMAZ also proposed for subsidised roller meal price review in local currency at an equivalent exchange rate of  between US$2.50 and US$3.50 per 10 kilogramme bag.

At present, under the subsidised roller meal programme, which began early this year, the retail price of a 10 kilogramme bag was pegged at $70.

Recently, the Reserve Bank of Zimbabwe (RBZ), has replaced the fixed exchange rate of US$1:$25 with the weekly foreign currency auction trading system to promote price stability.

Financial market distortions, which have also largely triggered inflationary pressures, have been caused by the parallel market foreign exchange rates.

The introduction of the foreign currency auction trading system has seen the exchange rate settling at US$1:$65.80.

He said although maize availability at the Grain Marketing Board (GMB) has improved, the price of subsidised maize-meal was not commensurate with the inflationary pressures.

This, Mr Musarara said, was in addition to challenges of late payments of subsidy money to the millers by Government.

“Again, the biggest challenge we have faced in the subsidy programme is the price of maize; we are supposed to sell it at $63, while retailers resell at $70.

“We feel that it has come a time we increase the price of maize-meal to consumers. A subsidised price of between US$2.50 and US$3.50 is sustainable to the millers, fiscus and to consumers. We have appealed to Government that it be reviewed accordingly,” he said.

Mr Musarara said subsidised roller meal has for a long time now not been available in the retail outlets across the country as millers have since stopped procuring maize from GMB under the subsidised programme.

“We are aware of the decline in value of incomes, but, we need also to have the product available. It doesn’t help to have maize-meal for $70, which is not available. We need to have equilibrium between viability of millers, the concerns of consumers and the intervention of Government,” he said.

The GMAZ boss said they were aware of  the serious wage compression and incomes, which  are being fast eroded by rising cost of living, but if calculating using the official exchange rate, a 10kg of subsidised roller maize-meal is now US$1.05.

“And nowhere even in America would they be able to give maize-meal at that price.

“The second thing is that the retailers, are not keen to sell maize-meal at that price because the profit is only $7.

“Furthermore, it is not worth the commotion and the stampeding that happens outside the shops and the scrutiny that comes with it when a shop receives maize-meal.”

He said due to inflationary pressures there has been frequent price movement of critical inputs in the milling sector, adding that GMAZ has come up with new mechanisms to ensure timeous payments.

“The earliest you can get paid as millers is 21 days from the day one buys maize.

“But if one looks at how much fuel  was used in the past 21 days,. . . and we are not immune to those changes in the environment and we’ve requested that the subsidy be paid upfront so that millers can expeditiously mill and distribute,” he said.

The existing subsidy programme ends this month and Mr Musarara said millers await to hear from Government whether the programme would be continued or discontinued.

The roller-meal subsidy programme was availed by the Government last December with a view to cushion consumers from highly priced maize- meal that was being sold on the market by some unscrupulous businesses.