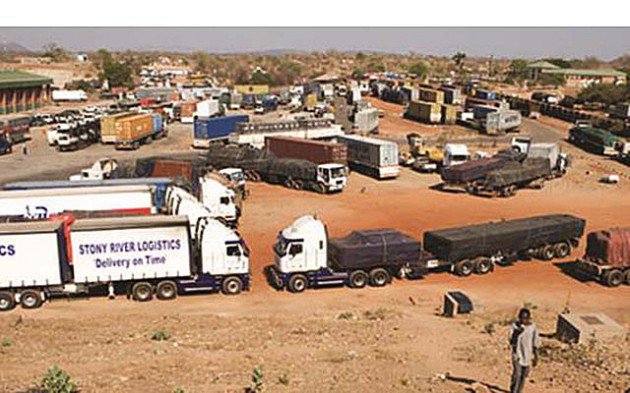 Africa Moyo Business Reporter
ZIMBABWE is potentially losing millions of dollars in revenue in duty and toll fees due to the challenges being experienced with the Automated System for Customs Data (Asycuda) world, resulting in some transporters going East and Central Africa using the Botswana route.

It is understood that some local importers have suspended cargo movements until the situation has normalised, a move that deprives Zimra of revenue. The Asycuda World system has been down since December 13, resulting in huge delays of up to a week to clear cargo especially at Beitbridge Border post. Zimra announced yesterday that it was “working tirelessly” to stabilise the system.

In the meantime, Zimra has come up with “interim measures” for the purpose of clearing commercial cargo where importers or clearing agents are required to prove that the excise duty and tax have been paid into its prepayment account. Once the proof of payment has been availed, the cargo would be released.

An official with Speedlink Cargo, Fisherman Mutyambizi, yesterday claimed that due to delays in fixing the system challenges, several importers are now directing their cargo through Botswana to circumvent the delays at Beitbridge.

“For the benefit of those who may not be familiar with Zimra transactions, the system (Asycuda) has been down since December 13 and up to now, we don’t know when the system will be up and running.

“It’s a major cause for concern. Zimbabwe is losing business; some of the business is now going via Botswana to the north (of Africa and) I think this requires urgent attention,” said Mutyambizi yesterday during a meeting to digest the 2018 Budget.

Beitbridge is the busiest border post in Southern Africa, processing upwards of 7 000 people per day. Travellers to countries such as Zambia, Malawi, DRC and Tanzania, stretching to East Africa, use the Beitbridge Border post.

Deputy Minister of Finance and Economic Planning Terrence Mukupe, who was guest speaker at the workshop, conceded that the situation was bad at border posts, particularly Beitbridge. He said Zimra is currently recording cargo manually for duty purposes, which is tedious and slow.

“The systems and servers at Beitbridge collapsed and right now, everything is being processed manually. I was talking to the IT people and we found out that they knew in August that the servers that they had were acquired in 2011 and basically they were going to shut down,” said Deputy Minister Mukupe.

He said the servers cost $130 000 but they could not be acquired on time because of a cumbersome procurement process, which takes up to 120 days.

“You find that in between August and now, the procurement processes; what you have to do in terms of engaging SPB (the State Procurement Board) and others, the processes are outdated in terms of the responsiveness that you need.

“You find that the servers cost $130 000; that is all they cost but because of the processes that you have, it will take you three, four, five months to go to the SPB and by the time you deal with the processes, you have got a disaster,” he said.

The delays in processing payments come at a time when Government has been locked in attempts to reduce the cost and time of doing business.