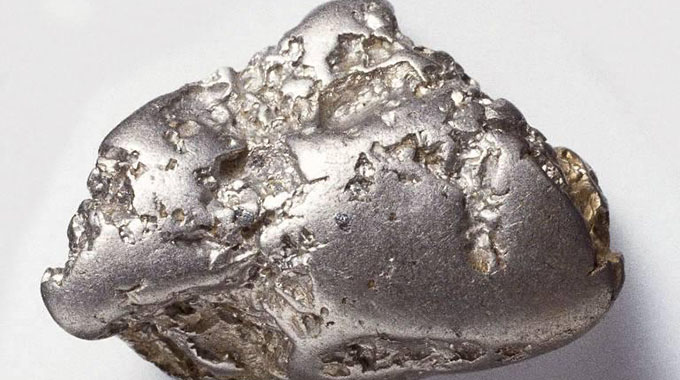 Zimbabwe’s second largest Platinum Group of Metals (PGM) Mimosa Mining Company, has invested in a new processing plant worthy US$10 million that is expected to shore up processing capacity and consequently production.

The investment was announced by the company’s managing director, Mr Fungai Makoni, when he addressed journalists in Zvishavane on the sidelines of the firm’s long service and superior performance awards last Friday. The awards are meant to celebrate the miner’s employees on achieving the five, 10, 15 and 20 years of service milestone. It also honours excelling employees from the preceding year.

Mr Makoni said the Zvishavane miner is currently performing above installed capacity as its plant is presently processing 220 000 tonnes of ore per month against installed capacity of 185 000 tonnes per month. Despite having the smallest resource ore board compared to the other two platinum producers — Zimplats and Unki — Mr Makoni said Mimosa believes that there still remains a substantial amount of resource in their claims to back current and future investment.

“We believe we still have far to go,” Mr Makoni told journalists.

“We still have a fair amount of resource, although we have the smallest in terms of the PGM resource in the country between our other two colleagues — Zimplats and Unki — but we still believe that we have got value to extract. We did look at the various options for expansion that we got and I think what was critical was to first address some of the inefficiencies that are within our processes.”

“The challenge that we got is that over the years we have been incrementally increasing our production, one percent this year, two percent next year and we are now running a process that is operating above capacity. When you start running above capacity, you have challenges with efficiencies because you are no longer recovering as efficiently as you should do.

“So that’s the first thing we want to do with our business, we want to make sure that we optimise the current production platform and get as much as we can, out of what we are currently doing. We have identified a plant, almost similar to what you have seen (what we already have) which we have bought in South Africa, it’s in the process of being dismantled, we package it, we bring it across, we put it up here and that gives us capacity to manage our efficiencies.

“After that we then look at how best do we improve through-put. . . The total cost, for us to buy it, get it across here (and) put it together is in the region of US$10 million,” he said.

Mr Makoni said the processing plant will increase the miner’s recovery capacity by at least 1, 2 percent of handled ore which translates to between 1 500 and 2 000 ounces per month. The investment by Mimosa mining company is in sync with Government efforts to grow the mining sector from a US$2, 7 billion export industry to US$12 billion by 2023.

For the milestone to be achieved, PGMs are expected to contribute US$3 billion with production expected to jump from about 979 thousand ounces in 2018 to about 2, 5 billion ounces annually in 2023.