MINING workers unions have raised concern over employees’ safety after President Emmerson Mnangagwa gave reprieve for the sector to operate during the national lockdown. 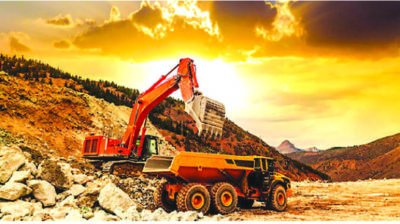 “Employers have not been meeting minimum standards of safety before this pandemic and now with this where protective methods are a must to reduce the spread of the disease, majority of poor workers are literally being sent to the slaughter house as their health is at risk,” he said.

Mnangagwa said mining operations should be “within parameters set by the World Health Organisation regarding social distancing and other public health safety measures”.

“Majority of workers unions who should be seen monitoring and enforcing the health safety guidelines are not allowed to be at workplaces, making it very impossible to enforce these regulations,” he said.

“The mining sector has potential to keep our economy running. During the lockdown period most of the gold that was part of illicit financial flows in mining sector will find its way into government coffers through Fidelity due to limited movement of foreigners who are mostly illegal buyers,” she said.

“The country needs to boost its gold reserves through a continuous production and supply. It is time for the country to utilise its own resources for survival.”