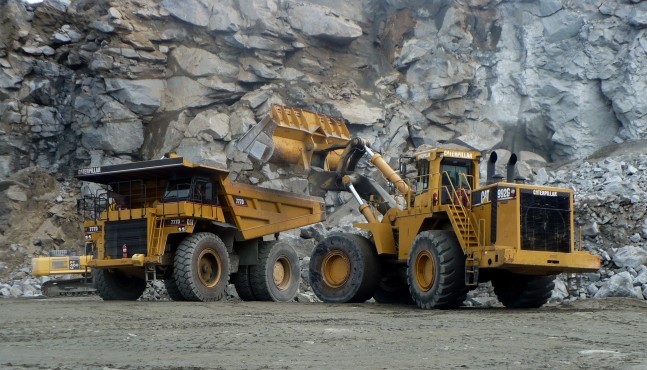 The Mining Business Confidence Index (MBCI), compiled by the Chamber of Mines (CoM), a lobby group that represents local miners, declined to 2,2 percent this year from 8 percent at the end of last year.

But despite a difficult 2019, the survey forecast a positive outlook in 2020, with executives expressing confidence that the sector will bounce from the doldrums.

Zimbabwe earns much of its foreign currency from the sector, accounting for 65 percent of export receipts, but is facing a myriad of challenges, including power cuts.

The State power utility, Zesa Holdings, is rationing electricity supplies for domestic and industrial consumers due to subdued production at its major plants.

Kariba Hydroelectric Power Station, the country’s largest plant, is churning out less than 10 percent of its capacity due to declining water levels at Lake Kariba, where Zambia also draws water for its power generation.

The CoM survey polled mine executives on their outlook on the economy, profitability, commodity prices, access to capital, the policy environment, title security, political risk and investment plans.

Presenting the findings of the survey in Harare on Thursday, University of Zimbabwe economics lecturer Professor Albert Makochekamwa said executives were confident of 2020’s investment plans. They are also confident that the sector will be able to hire new employees in the new year.

Attracting investment is one of the key cornerstones that will enable Government to revive the economy.

“The majority of the respondents, 60 percent, are slightly more confident about profitability prospects of the mining industry in 2020. To note, the profitability index for 2020 is somewhat higher than that recorded for 2019.

“Survey findings also show that respondents are confident about the mining industry growth prospects for 2020, with 60 percent expecting marginal growth of the mining sector in 2020.

“Survey findings show that mining executives are slightly more confident about investment plans for 2020, with 60 percent of the respondents indicating that they are planning to inject fresh capital into their businesses in 2020,” said Prof Makochekamwa.

The survey also found out that 70 percent of respondents are optimistic about 2020’s commodity market.

The executives, on an 80 percent scale, are also confident about the current mining title regime, a sign that shows that Government’s efforts in instilling order in mining claim ownership is bearing fruit.

The survey also revealed that the mining industry capacity utilisation declined to around 70 percent in 2019, compared to 75 percent in 2018.

With the exception of Platinum Group Metals, all other key minerals recorded declines in average capacity utilisation. Executives blamed this development on acute power outages and inadequate foreign exchange allocations.