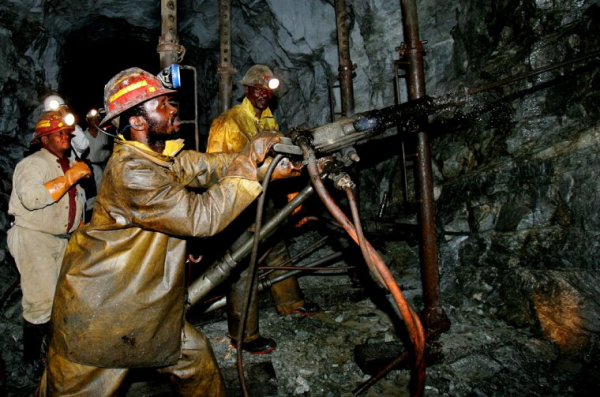 WORKERS in the mining sector have appealed for their monthly wages to be increased to a minimum of $500 per month, saying the current wage level had turned them into paupers.

In an interview on the sidelines of the 46th commemorations of the Kamandama Mine Disaster which occurred in Hwange last week, Associated Mine Workers Union of Zimbabwe (Amwuz) president Tinago Ruzive said the lowest paid employee in the mining industry was earning $260 per month, which was far below the poverty datum line.

“Now a living wage that I was talking of is around $500 a month. So that’s where the poverty datum line is hovering. The Chamber of Mines, the Associated Mine Workers Union and the employers in general should actually improve on the salary of workers in the mining industry,” Ruzive said.

Ruzive urged government and the Chamber of Mines to take issues of the poverty datum line seriously and adjust workers’ earnings accordingly, after previous efforts to hike mine workers’ wages hit a brickwall last December.

He said mine workers should reap the benefits of their sweat as mining was contributing 9% to the Gross Domestic Product, 13% to government revenue and 59% to total national exports.

Ruzive said if mining companies cannot award the increase at once, they could “do it in a piecemeal fashion, getting to the poverty datum line. I’m not saying the capacity is there at the moment but I’m saying they should work towards that”.

“What we are saying is that employers should soften their hearts and make sure that workers do get a salary that can actually maintain their lives or make them get the necessary food stuffs that a family of six requires,” he said.

The Amwuz boss also urged the Chamber of Mines to enforce adherence to safety measures.

“We also implore government to make sure that mining inspectors are visible in the industry on a regular basis. Their presence in the industry will continue to the improvement of health and safety across the industry. As a union, we also want old and new investors to involve us on matters that concern workers, the export processing zones and the implications thereof. Consult us and have us input. There is nothing for us without us,” he said.