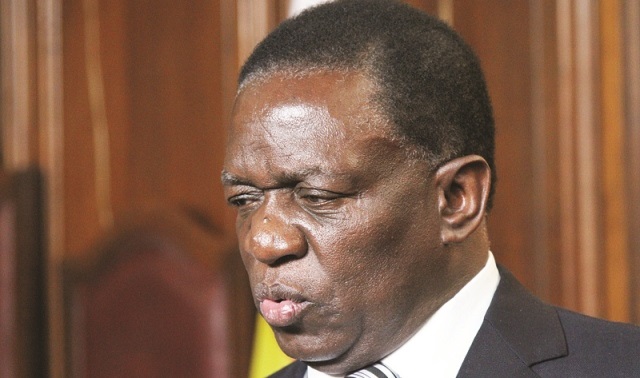 His position contradicts President Emmerson Mnangagwa’s reported announcement that Cabinet had resolved to withdraw the $1 billion tender awarded to Geiger, which effectively cancelled the deal.

The State media report suggested government was frustrated by Geiger’s sluggish pace in implementing the project.

“For two years, we have had problems with Geiger, so Cabinet has taken a decision to institute a legal process to terminate the deal as a result of non-performance,” the paper quoted Mnangagwa as having said while briefing officials from Chinese construction giant, Anhui Foreign Economic Construction Corporation, in China.

But Gumbo yesterday told the Daily News from Beijing where he is part of the Mnangagwa delegation that on the contrary, Cabinet had only put Geiger on a 60-day notice to deliver after realising that the construction project was taking too long to start.

Gumbo claimed the notice was only served to Geiger three weeks ago and Geiger indicated that it was willing to rectify concerns raised by government.

“Because the president wants to see concrete results, what actually happened is that Cabinet resolved to put Geiger on a 60-day notice to say it was disappointed by the lack of construction activity on the ground,” he said.

“Our major concern as government is that they ought to move faster or risk losing the tender. So, currently, the tender is still very much in effect,” he said.

However, the Daily News is reliably informed that Geiger has been heel-dragging because it has its own concerns regarding certain contractual agreements, requirements to cede a certain stake to local contractors and bankability of the project.

One seasoned commercial lawyer, who spoke on condition of anonymity, said a Geiger representative — a Chinese national only identified as Lee — recently approached him seeking advice on how to end the deal, citing the indigenisation hurdle.

“Geiger came to me as a lawyer. They wanted advice on how they can exit the deal. They are particularly wary of the bankability of the project and are frustrated by the issue of ceding some stake to local contractors. So it will depend on who violates contractual agreement.

“If Mnangagwa rushes to cancel the deal, then they will fall straight into the trap which Geiger wants them to,” the top lawyer claimed.

The deal, a 25-year long Build, Operate and Transfer transaction, was signed between government and the contractor, China Harbour Engineering Company Ltd and Geiger.

Currently, the highway, one of Africa’s busiest, is old, narrow and littered with potholes, and has sharp edges which have caused many fatal accidents.

The project has been on the planning table for nearly two decades.

A legal wrangle erupted between government and a consortium of local contractors, ZimHighways, which could not implement the project for over a decade due to a poor economic environment that culminated in the hyperinflationary crisis which ended with dollarisation in 2009.

Government revoked the agreement in 2013 after persuading the consortium to withdraw their court case for an undisclosed settlement.

During the decade leading to 2013, the project could not take off amid accusations and counter-accusations between government and the consortium.

Government claimed the consortium lacked the wherewithal to do the job, while the consortium claimed some senior government officials were demanding bribes for them to facilitate the project.

The wrangle only ended in September 2015 when government struck an obscure deal with the consortium, under which it withdrew the case leading to the current arrangement which is again under threat.