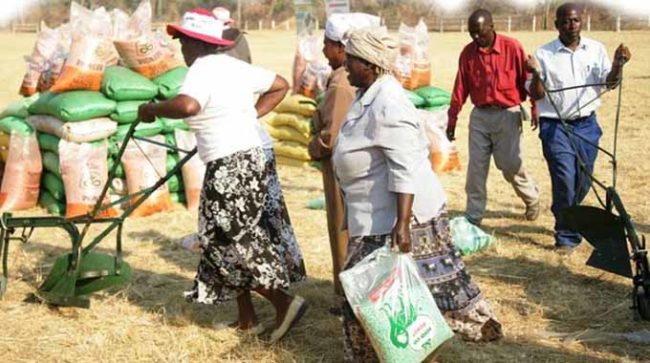 ZANU PF Member of Parliament for Gutu North, Yeukai Simbanegavi has been embroiled in a fight over the presidential input scheme which she declared was for the ruling party supporters only.

According to a leaked chat with one of the local leaders, Simbanegavi said there was no logic in MDC supporters getting aid from President Emmerson Mnangagwa when their leaders claimed he was illegitimate and were unapologetic about it.

The National Housing deputy minister confirmed the leaked chats to NewsDay yesterday and said she meant what she said.

Responding to an inquiry from one of the people who claimed had received complaints from victims, Simbanegavi said: “Why would you want seed from a President you claim to be illegitimate?”

Responding to NewsDay on the leaked chat, the young deputy minister said: “I saw the chats and it doesn’t matter. My thoughts are exactly as I told him. He was talking to me as an individual and not as representing anyone. He was asking me and what I told him is what I think. There is no need for someone to seek relevance on the seed he doesn’t know where it is coming from,” she said.

“I responded to him knowing he will go to town with the chats and I don’t care. He is bitter as I defeated him in the elections,” she said.
Zanu PF spokesperson Simon Khaya-Moyo, however, said it was not Zanu PF policy to abuse food aid and the Presidential input scheme and challenged the opposition MDC to report all allegations of food aid abuse by party members in rural areas to the police.
“We have no such policy and we have said it several times that if anybody is found doing that he must report to the police. Let them report and give police the information,” Khaya-Moyo said.
This follows evidence provided by the MDC on several people in rural areas complaining over abuse of food aid from the international donor community by Zanu PF to garner votes.
The MDC has claimed Zanu PF was using food aid to win votes in rural areas and a report to the Zimbabwe Anti-Corruption Commission has since been made, but nothing has been done.
MDC secretary for elections Jacob Mafume said: “Expecting the police to arrest Zanu PF officials is like expecting hyenas to arrest each other for eating goats.”