Minister on the spot over US$400m deal

Source: Minister on the spot over US$400m deal | The Standard (Zimbabwe Stories) 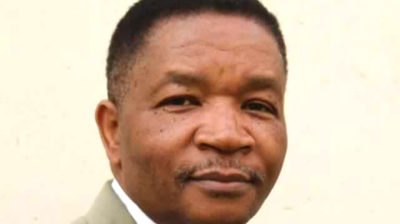 A consortium that won a US$400 million tender to turn around perennially loss-making National Railways of Zimbabwe (NRZ) has threatened to sue the company after Transport minister Joel Biggie Matiza ordered the cancellation of the contract.

Government awarded the Diaspora Infrastructure Group (DIDG) and Transnet of South Africa the tender to shore up the rail company in a move that was expected to lower the cost of bulk goods ferrying and improve public transport efficiency. However, delays in consummating the contract and Transnet’s decision to pull out from a joint venture scuttled the turnaround plans.

On June 20, NRZ chairman Martin Dinha wrote to DIDG inviting them to make written submissions justifying why the contract should not be terminated, correspondence between the parastatal and the consortium obtained by The Standard shows.

He said the consortium continued to incur costs after Matiza terminated the contract.

“We have the monies which have been procured at a significant cost and continue to incur liabilities in order to keep those monies secured,” Chimhandamba said.
“It is not in the interest of NRZ and the nation for the minister to instruct you to do an unlawful act.

“Ultimately, if this were to happen, significant damages will have to be paid by NRZ.”

The DIDG boss accused Matiza of railroading NRZ into terminating the deal in violation of the country’s laws.

“We placed on record right from the beginning that since his appointment as the minister of Transport, Honourable JB Matiza never liked our organisation,” he said.

“We have had it on very good authority that he has been misrepresenting our position to the authorities with a clear intention of wanting to secure the termination of this tender and to replace same with other players who are known non-indigenous.

“The directive issued to your board falls outside the minister’s mandate.

“The undue pressure, which is being exerted on your board by him and other players is clearly unlawful and must be resisted.

“We trust that your board will uphold the letter and spirit of our law and consider the merits and demerits of the case in dealing with this matter.”

In February 2018, the DIDG-Transnet consortium delivered 13 locomotives, 200 wagons and five passenger coaches under a commercial lease agreement between NRZ and Transnet for the purpose of aiding NRZ deal with rising chrome and coal stockpiles.

The handover ceremony was officiated by President Emmerson Mnangagwa.

The post Minister on the spot over US$400m deal appeared first on The Standard.