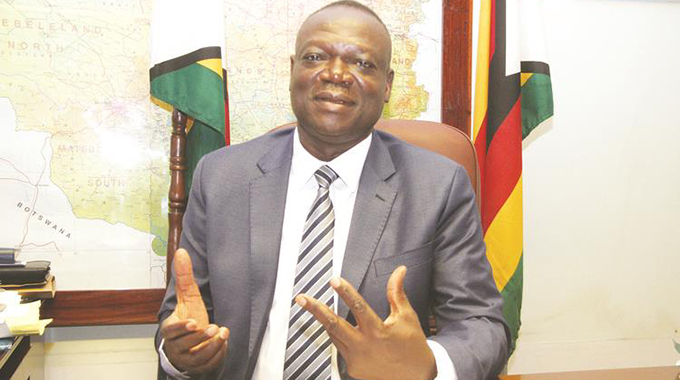 Minister Shiri said SI62 had generated misinterpretations with some people concluding that Government was reversing the land reform, which he said was irreversible adding that only indigenous farmers and those under the Bilateral Investment Promotion and Protection Agreements (BIPPAs) would get the opportunity to have their land back.

By indigenous individuals, Government is referring to people of Zimbabwean origin who were previously marginalised before 1980 and had acquired land either through direct purchase or through Government commercial farm schemes before the land reform.

These farmers will either get their land back or get full compensation for both the agricultural land acquired and improvements that were done on the farms.

Section 295(1) subsection 2 of the Constitution also provides for the full compensation of persons whose agricultural land was acquired yet it was protected.

“The Land Reform Programme is final and irreversible. Any sentiments to the contrary are false and are to be disrespected with the contempt they deserve.

“It is false to say that there is an intention to return land to the previous white commercial farmers and reverse the gains of the land reform. It is equally false to state that the SI62 is designed to evade paying compensation to indigenous farmers; rather it creates an avenue for these farmers to exercise that option to acquire title deeds and continue with farming activities or opt for compensation,” he said.

The minister said some of the outspoken individuals who were suggesting that Government was reversing the land reform were latter day revolutionaries who were trying to be more revolutionary than Zanla and Zipra.

“They are the same people who are shedding crocodile tears. They are not genuine and need to understand the SI62. The ruling Zanu PF and Government never supported that land belonging to indigenous people be acquired,” he said.

He said a total of 440 farms belonging to indigenous people were acquired under the Land Reform Programme and 350 such farmers were still on the acquired land while 90 farms had resettled farmers.

Minister Shiri said the 350 farmers would have their titles re-instituted while Government would consider if the 90 farmers are interested in acquiring their farms.

These will apply to a committee that will consider the pros and cons of handing back the land.

For those farms where A1 farmers were resettled, the indigenous former owners can be given alternative land since it can be costly for Government to remove resettled farms.

Government has identified farms through the land audit, which can be used for resettling the indigenous farmers.

The development of the Statutory Instrument in question was guided by the following constitutional provisions:

A committee will be put in place to deal with all applications for compensation and considerations will be made in line with the SI.

The committee will decide whether or not there are individuals settled by Government on the farms. It will also consider whether or not the applicant is in occupation of the farm or part of it, whether granting the application would be contrary to the interests of defence, public safety public order, public morality, public health, regional and town planning or the general public interests and whether the State in its own discretion prefers to pay monetary compensation.

“The alienation of land in lieu of compensation is not an automatic right and each applicant will be considered on case by case basis. The alienation or disposal will only be recommended in cases where it is reasonable and appropriate to do so. The SI only expands the options open to Government in the compensation of the mentioned two categories. The people of Zimbabwe are empowered by the supreme law of the land to reassert their rights to ownership of their land,” he said.

For BIPPAs, Minister Shiri said Zimbabwe was living in a global village and had to be predictable as a Government.

“When we sign agreements, we should honour the agreements. If we are in the habit of changing goal posts no government will still do business with us,” he said.