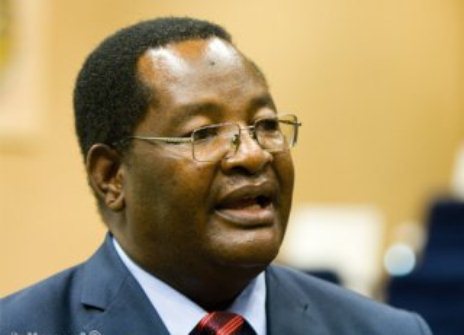 Nhlanhlayemangwe Ndiweni, once based in the United Kingdom for about 40 years, returned home a few years ago to take over the chieftainship following his father’s death.

Chief Ndiweni is based in Ntabanzinduna, which falls under Umguza District where Mpofu is the Member of Parliament.

Mpofu insists that he is not the bona fide chief.

“I don’t know him (Nhlanhlayemangwe), we have never sat down and discussed.

“He was in UK also for 40 years but rushed back home to claim the chieftainship after he heard that his father had died.

“I think he is ill-advised. Chief Ndiweni should not fight with politicians if he is indeed a chief.

“But I view him as a political person,” said Mpofu.

“There should not be any reason why he should just issue statements attacking the senior member of the party.

“We know he has been hosting Mujuru (former vice president Joice), G40 and all the opposition parties. He is a political and traditional tyrant. He is not a chief.

“He has not been anointed. I got messages from the real chief, his brother Thambo, who is in the UK.

“He is already talking to the Chief’s Council to say he should not be entertained,” Mpofu told Southern News.

“He has been saying all sorts of things against me. As usual I don’t talk because I feel there are more important things than responding to minnows.

“I have nothing against him but he is an individual who has got his own agenda, a political agenda.

“If it was a traditional agenda, I would talk to him. I talk to Ndiweni’s son, Douglas, and the heir-apparent, Thambo,” he added.