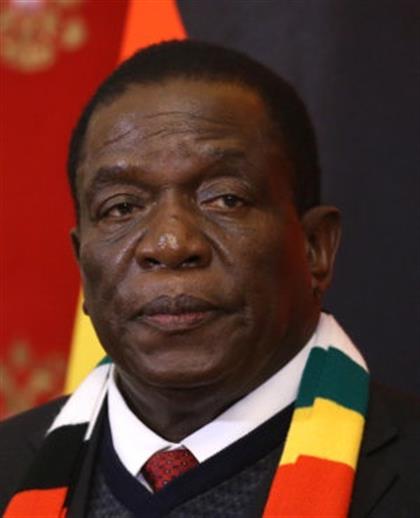 PRESIDENT Emmerson Mnangagwa has said he will take a leaf from guiding principles of Zimbabwe Assemblies of God (ZAOGA) pastors — as read out by church founder and president Ezekiel Guti — to give direction to Cabinet who are “out of line” as he seeks to find ways to redeem the country from the current mess.

He was speaking at the ZAOGA Forward in Faith 49th international pastors deeper life leadership conference at the Ezekiel Guti International Conference Centre in Harare yesterday.
The event was attended by ZAOGA delegates from over 150 countries around the world.

Mnangagwa said he was inspired by the 97-year-old religious leader who imparted leadership values to pastors within his church and that he would do the same to his own Cabinet ministers who have been presenting a wayward behaviour.
“Archbishop Guti, what you have read for your pastors has motivated me; I will read this to my ministers. They have been acting out of line lately and this has taken a toll on development. They should be honest and hardworking, for the scripture says we should eat of our own sweat. They should also seek further knowledge as well as to live humble lives,” he said.

The President, who took the opportunity to showcase his preaching prowess, said people should focus on the goodness of their actions and follow what the Bible says.

“God created us in his own image, not a Zezuru, Ndebele or Kalanga; we should be one; not to be violent towards one another. Let us be peacemakers. I am happy to be talking to a congregation that focuses on preaching peace,” said Mnangagwa, who has been accused of gross human rights abuses.

Addressing the gathering, Mnangagwa said government was committed to upholding freedom of worship as enshrined in the Constitution.

He urged the pastors to be torchbearers in the fight against ills, such as corruption, that have rocked the country plunging it into a banana republic.

“I challenge you to be leaders (good shepherds) for we are in a season where we need God-fearing leaders; those who are visionary and can take the church and nation to another level… The voice of the church must continue to inspire, motivate, guide and harness men, women and the youth as we gird and strengthen ourselves to grow our economy, to rid ourselves of corruption and end poverty,” he said.

The country is facing an economic crisis which has been aided by rampant corruption and exacerbated by poor corporate governance.

He urged pastors within his church to be exemplary for the benefit of younger age groups.

“We need to keep learning so as to teach the younger generation, let us practise humility at all costs and drop the ‘I know it all attitude’; take advantage of entrepreneurship initiatives to develop your life and the country at large and above all uphold love and unity,” he said.