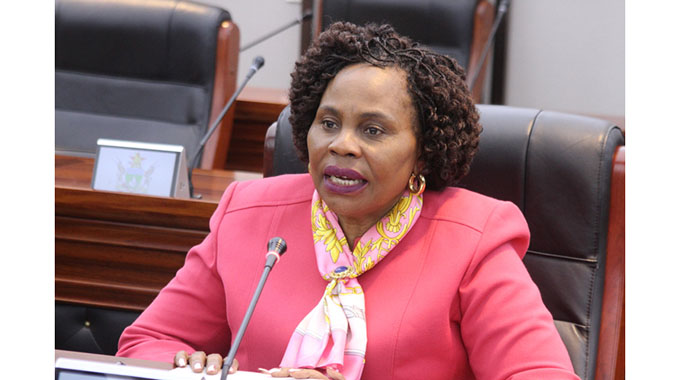 The list of teachers who skipped lessons last month has been sent by the Ministry of Primary and Secondary Education to the Public Service Commission while the list of teachers missing from their classrooms this month is being collected as Government moves to enforce the policy of no-work no-pay.

Last week, Government urged teachers and other civil servants to carry out their duties normally while negotiations with their representatives for a salary adjustment continue. But it was also made clear that the Government was implementing the standard global procedure of not paying those who were not at work without lawful excuse.

Information, Publicity and Broadcasting Services Minister Monica Mutsvangwa confirmed yesterday after the Cabinet meeting that the Public Service Commission would now be implementing this policy.

“Government reiterates that it will strictly apply the no-work no-pay labour principle to all cases of teacher absenteeism, and the responsible ministry has compiled and submitted a list of teachers that did not conduct lessons in March to the Public Service Commission. The April list is being compiled,” said Minister Mutsvangwa.

Although negotiations are on-going, Government unilaterally raised civil service salaries 25 percent this month with a further 50 percent to be effected in June as it follows its other policy of boosting salaries as its revenues rise.

In its meetings with employees, Government has outlined the fiscal constraints, many emanating from a prolonged economic shutdown owing to the lockdown measures instituted to manage the Covid-19 pandemic, during which revenue generation was reduced.

The Government has the twin policies of ensuring long-term growth by ensuring recurrent expenditure, which includes salaries, are paid out of taxes, without borrowing or printing money, but will keep the slice of revenue devoted to pay roughly constant, meaning pay rises as tax revenues rise.

Despite the competing needs, and this includes the additions to the health budget to fight Covid-19 and buy vaccines, Government has remained committed to fulfilling the payment of salaries and benefits to all civil servants, including those that were sent home during the long periods of high level national lockdown.

She said 17 727 arrests were made countrywide during the week under review for flouting lockdown regulations, bringing the total arrested so far to 607 386 since the start of the pandemic in Zimbabwe.

Most kombi operators have returned their buses to the roads and are operating as before although under present regulations only those who are registered with Zupco are supposed to have their mini-buses on the road.

Critically, the transport operators are not observing the Covid-19 prevention protocols such as sanitising passengers and disinfecting their vehicles regularly.

There is also information that some transport operators that previously owned kombis, have sold them and reinvested in fuel-saving vehicles such as the Honda Fit and Toyota Wish cars, which now crowd urban routes and highways. Some of those risking travel in such cars are not only exposing themselves to health hazards, but have been robbed or raped.