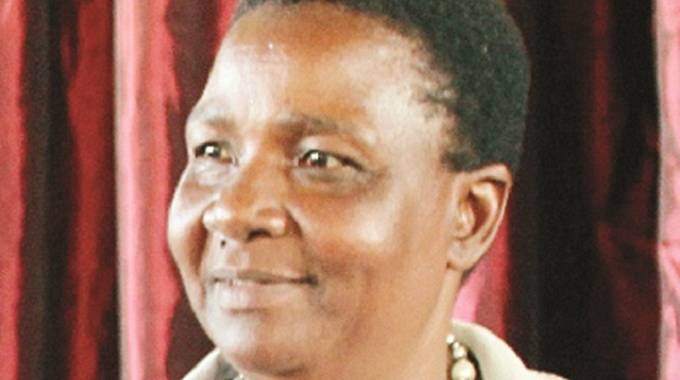 Robin Muchetu, Senior Reporter
THE Government says it is working round the clock to reduce incidents where teachers are deployed in areas where they cannot speak the local language.

In an interview on Friday in Bulilima District, Matabeleland South, Permanent Secretary in the Ministry of Primary and Secondary Education Mrs Tumisang Thabela said her ministry has only reached 30 percent of its required teacher complement as part of comprehensive efforts to deal with the challenge.

This comes amid a public outcry over the poor 2020 Grade Seven pass rate particularly in the Matabeleland provinces that was attributed to poor communication between teachers and learners due to differences in language, culture and social backgrounds. This, it has been argued, has had a negative impact on learners hence the Government’s move to correct the anomaly.

“What we are doing is a two-pronged approach, first of all we have implemented that policy (teaching in the mother tongue of learners) because definitely in the infant module learners should be taught in the mother tongue or the language that is spoken mostly in the surrounding area. The teacher element has been a bit of a challenge but what we have done in some cases is to identify teachers who are proficient in the language there and move them to the classes which need that,” she said.

“We have worked with Great Zimbabwe University and other few colleges like Joshua Mqabuko Nkomo Polytechnic and Hillside Teachers’ College to say can we now develop teachers who have infant qualification and ECD qualification together with proficiency in the languages,” she added.

While the Permanent Secretary could not provide actual statistics on the number of teachers needed, she said numbers were still falling short.

“The challenge is that this was a module that was introduced later in our life as education and colleges had been training generally for the Grade Three to Seven. So, to start afresh or to go down and continue with the other programmes is taking time. But we are working with our sister ministry to try and focus more in that area where the gap is very evident,” she said.

Language experts emphasise that pupils in lower primary grades must be taught in their mother tongue for better comprehension.

There is now strong advocacy for the continued use of the mother languages even at higher levels in order to bring out the full potential of the learners.

Meanwhile, Mrs Thabela said teachers who were only attending classes only two days of the week were crippling the sector

“Our teams are trying to check the extent of that but definitely the impact will be very, very negative and unacceptable because these children have been out of face-to-face learning for nine months and we definitely cannot afford to lose any more time,” she said. — @NyembeziMu.