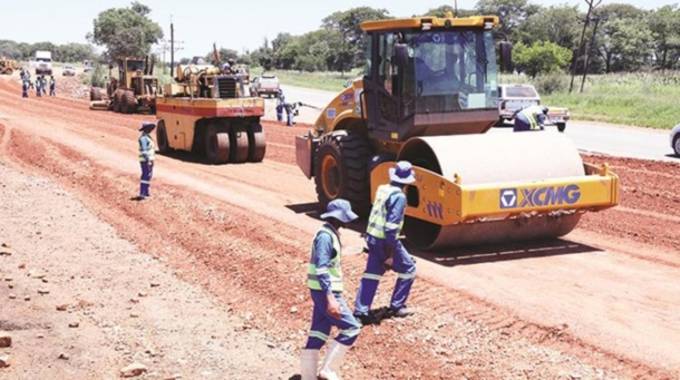 Most economists are agreed that one of the best barometers of a country’s economic health is to watch how well its construction sector is performing. They will point out that if you see a lot of cranes in the cities’ skylines, and begin to witness increased infrastructure development projects, this usually is an indication of an economy on the move.

While cranes are not yet visible in our skylines, some major infrastructure projects have indeed taken off lately. In most if not all cases, Government has been the initiator of these projects. Our road network particularly, is in such a pitiable state and navigating through it has become some sort of Russian roulette.

The next step forward

International best practice recommends a contracting procedure with three parties playing distinct and segregated roles. These include an owner or client who in most cases is the initiator and funder of the project; a consultant, normally an engineer or architect; and a private contractor. This model holds true for both private works or public works, but is even more critical in public works.

In any infrastructure project undertaking, the client is concerned with mostly three(3) essential elements or deliverables. These are: spend or budget; speed or completion time; and quality of final product. This holds true for any project, be it a private house, a shopping mall, a bridge, road, or power plant. Without getting too technical, I will examine each of these three critical deliverables.

This denotes the amount of money a client or investor will spend in bringing the project to successful completion. An ideal situation would be for the spend to come in on budget or below budget. While on the face of it, a ‘DIY’ channel of delivery might appear like the best in terms of budgetary performance, this might be illusory. First, the skills, expertise and experience, might be deficient in-house, leading to inefficiency and ineffectiveness, among other ills. Second, lack of experience and expertise usually results in a high percentage of rework, due to mistakes. This can be very costly and become a drag on the budget. Third, when one is responsible for spending taxpayer funds which ordinarily does not impact them at a personal level, budgetary prudence and probity are often lax. The overall effect of this approach is that it will normally result in serious budgetary overruns and without any discernible benefits to the taxpayer. The best antidote for these shortcomings is to open projects to a competitive bidding process where the Lowest Responsible Bidder is normally awarded the contract.

The old adage that “time is money” always holds true.  An infrastructure project must ideally be completed within the programmed timeframe. The ‘on time’ aspect is important for several reasons. It means less money spent on salaries and wages.  It also means less disruption and inconvenience to the general public. More importantly, it means the client can take full possession of their new asset in projected time, and with it, economic activity can commence or resume. Lastly, it allows the implementing parties (client, consultant and contractor), to gain a credible performance track record, and thus build capacity which leaves them in good stead to win more and better contracts both locally and in foreign lands. This can only be good for business in particular, and for the country’s economy in general. In this respect, most government ‘DIY’ projects often take years to complete, where a private contractor would take perhaps just a few months. In worst cases, some of these projects have been abandoned midstream due to various reasons ranging from budget overruns,  inadequate or broken down equipment, political meddling, corruption, litigation issues, the list is endless. In contrast, if a private contractor is awarded the tender, they are required by law of contract to submit a program of works with an acceptable projected timetable of completion which is enforceable at law.

So many elements go into delivering a quality final product, but it invariably starts with a good, professionally done design. Site work must then be done in strict adherence to the design. Other important elements that determine quality, include but are not limited to the following:  knowledge, skills and experience of the implementing parties; a good contract document; a good and credible testing regimen for both materials and work in progress; proper equipment; and, professional supervision and inspection. In most cases, clients, especially governments and quasi government organisations, are not adequately resourced to fully meet the above conditions. A properly qualified professional agent is therefore critical in management of the whole contact process and project implementation. That way, payment is tied to only approved completed works as certified by a professional agent.

On a quiet side street off Samora Michel Avenue East in Eastlea, Harare, sits Conqenar House. In this building is potentially the solution to the problems outlined above. It is the occupants of this building who, over many years, played a hugely significant and vital part in the infrastructure delivery matrix of this country. The name Conquenar itself is an acronym for Construction, Quantity Surveying, Engineering, and Architecture. This is home to organisations such as Construction Industry Federation Of Zimbabwe (CIFOZ), and Zimbabwe Institution of Engineers (ZIE). The ZIE is a private professional body made up of its members who are qualified engineers and technicians. Operations and membership are governed by a private Act of Parliament, regulated by the Engineering Council of Zimbabwe (ECZ).

It used to be that members were in the main, partners and employees of engineering consulting firms. In the 90’s and earlier, there was such a proliferation of such firms,  government and other clients were spoilt for choice. It was totally unheard of, for any infrastructure project to be undertaken without the input and involvement of these consulting firms, or at least, private members of the ZIE. But with the economic meltdown of the past few decades, I would imagine very few if any, of these firms managed to survive. Still, this is a state of affairs that needs urgent correction, if Government is to get this infrastructure development program right. Clearly, professional engineering firms are best placed to play the critical role of bridging the client-contractor gap, acting as an agent of the client, while at the same time making sure that the contractor interests are independently protected in a fair manner. Some of the specific duties of the engineering consultant would include but be not limited to the following: Feasibility study, design, contract documents preparation, tender process management, contract and works supervision, work measurement and payment approvals, and post contract management.

In managing projects, Engineers are guided by the contract document. As a way of mitigating against possible loss or incompetence of the contractor, or even non performance, the contract document usually has an arsenal of various clauses and stipulations that engineers have at their disposal. These are presented below:

This is a financial instrument from a banking institution or insurance company, lodged with the client by a contractor, and acts as surety against non-performance and/or project abandonment by the contractor.

Some contracts even go further to incorporate a bid bond, which guards against a chosen bidder getting ‘cold feet’ and refusing to do the work after his bid has been accepted as the winner, and a labour and material payment bond, which essentially offers protection against labour and material men’s lien. This is just a fancy legal term referring to a claim against failure to pay for labour or materials, by the contractor.

This is a portion of the amount approved for payment to the contractor for work certified as completed, which is held back by the engineer acting on behalf of the owner, as a guarantee that the contractor will complete the works on time and to the satisfaction of both the engineer and the client. This is usually in the range of 10 percent of amount payable. It is normally released to the contractor with the final payment, less any penalties, upon completion of the maintenance period, usually 12 months after completion of actual works.

This is a period of 12 months at the tail end of the project during which a contractor is liable for all repairs and maintenance to the completed structure at their own expense. This is an inducement for the contractor to deliver the highest quality of work possible, and guards against shoddy workmanship. The final payment certificate is usually approved at the close of this period, marking the official end to the whole contract process.

This is a contractual clause, through which a penalty sum is levied against the contractor for each day in which they are in delay of project completion as per the agreed timetable.

◆ Lovemore is an engineer, journalist, and business executive based in Harare. He writes in his personal capacity, and can be contacted on lovemore.regen@gmail.com