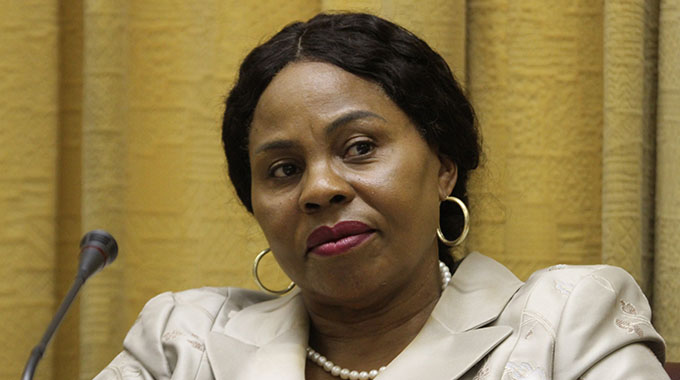 Harmony Agere
New agricultural producer prices for the 2019-2020 cropping season announced by Government have been met with mixed reactions as farmers and experts assess their likely impact.

The Minister of Information, Publicity and Broadcasting Services, Honourable Monica Mutsvangwa, told a post-Cabinet Press briefing on Tuesday that the Government set maize and small grains price at RTGS$726 per tonne.

“Cabinet also approved that the 38,5 percent subsidy on the selling price to millers be maintained in order to prevent increases in retail prices,” she said.

“In US dollar terms, the prices are now aligned to the import parity prices in the region.”

However, while some have welcomed the new prices, others are either coy or critical about their impact.

The director of the Zimbabwe Farmers Union, Mr Paul Zakariya, said the move to increase the prices was welcome.

“But we have to consider a few things before we can determine if the increase will have a positive impact or not,” he said.

“We have to look at the value of the money in terms of the US dollar and the reality is that all prices are being pegged against the parallel market rate and not the interbank market rate.

“So, after all those factors are determined the figure should allow farmers to recoup their costs and also return a profit so that they are motivated to return to the fields next season.”

Mr Zakariya said the cost of production has gone up in terms of inputs and wages in particular, and should be adequately covered in the latest producer prices.

He said even if academic analyses were to be done, only the farmers on the ground can have a real assessment of the impact the latest prices are likely to have.

Using the interbank market US/RTGS rate of 1:3 the price of RTGS$726 per tonne of maize announced by Government would translate to US$231 which some say is premium price compared to international prices of US$166 per tonne.

“The cost of production is now RTGS$4 286 per hectare and at a yield level of five tonnes per hectare, that means RTGS$857,24 per tonne,” he said on Twitter.

“The producer price should be around $1 100 per tonne. In a drought year like this, they deserved even more.”

“Third way is to say last year’s producer price of $390 per tonne was in US$ and, therefore, if we multiply that by the official exchange rate of 1:3, it means the producer price should now be RTGS$1 170 per tonne,” he said.

“If Telone/Delta used the same reasoning, then why shouldn’t we use it now?”

Mr Givemore Nyahodza, a Chegutu farmer welcomed the move but expressed concern over the continued devaluation of the RTGS dollars.

“It is good that they adjusted the price since they have done away with the 1:1 policy,” he said. “I think it’s a fair price, obviously as people in business we would have wanted more but the price is fair.

“My only concern is that the RTGS dollar continues to lose value every day such that when the time comes when we have to buy inputs it would have lost its value. We were hoping that we would retain a percentage of our money in hard US dollars.”

Most experts seem to be in agreement that while the price per tonne is well above the international prices, a farmer in Zimbabwe would need an average of five tonnes per hectare to be viable.

Yet the national average maize yield stands at 3,5 tonnes per hectare and could even be lower this year due to drought.

The report shows that cereal production in 2018/19 is projected at 714 598 metric tonnes of cereal grain.

However, the Government is confident that it has adequate grain in its reserves to guarantee food security in the country.

Maize is Zimbabwe’s staple grain that traditionally impacts the country’s economy given its skewed influence in determining inflation rates of the consumer price index (CPI) that determines the average rise in the cost of living.

The country has a long history of conflicts when it comes to agricultural producer price with farmers often complaining that the Government’s prices are too low.