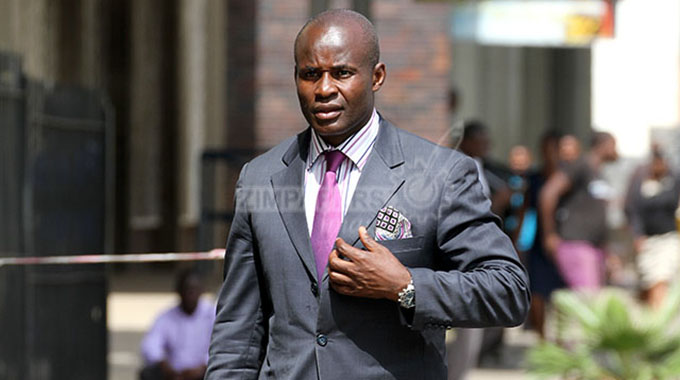 Herald Reporter
Norton legislator Mr Temba Mliswa was on Wednesday banned from Parliament for six sittings because of disorderly conduct in the Chamber.

Speaker of the National Assembly, Advocate Jacob Mudenda, imposed the ban after Mr Mliswa disrupted the business of the House by repeatedly interjecting.

In banning Mr Mliswa, Adv Mudenda invoked, for the first time, the newly-approved measures in the Standing Orders, which were adopted by Parliament a fortnight ago, allowing a presiding officer to preclude a legislator from attending sittings for a prescribed period.

Adv Mudenda’s warning that he risked being chucked out of the Chamber fell on deaf ears, as Mr Mliswa hit back saying he did not mind even if he was permanently expelled from Parliament. It was felt that while Mr Mliswa has a right to express his views, he should do so using parliamentary procedures and desisting from unparliamentary language. There was a heated exchange between Mr Mliswa and Adv Mudenda as the presiding officer implored the former to stick to procedures.

Adv Mudenda eventually directed that Mr Mliswa should leave the House and said he would not be allowed to attend Parliament for six successive sittings. Earlier, Adv Mudenda had reprimanded Mr Mliswa for conduct that was “grossly unparliamentary” following disorderly behaviour last week where, in a fit of rage, he charged at another legislator.

Adv Mudenda directed that Mr Mliswa should tender an apology and warned that if he repeated that, severe consequences would be imposed on him.

In response, Mr Mliswa apologised profusely, saying he would not do that again. Moments later, Mr Mliswa rose and began to interject and disrupted proceedings, resulting in Adv Mudenda ejecting him.

Yesterday, Mr Mliswa said he now has more time to spend in his constituency.