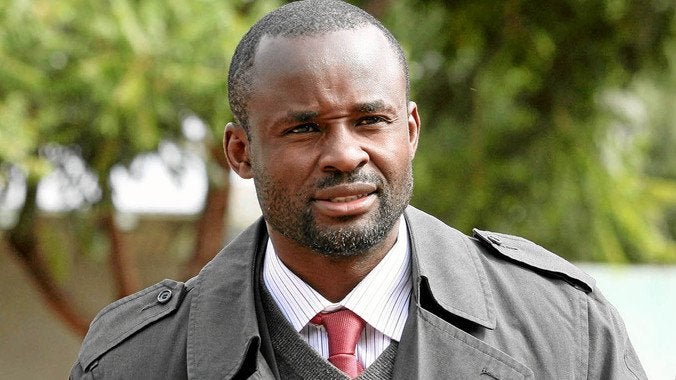 Norton MP Temba Mliswa (indepedent) has threatened to drag government to court to force it to improve the welfare of MPs by providing them with vehicles and increase their salaries.

Raising a point of privilege in the National Assembly yesterday, Mliswa said lawmakers had been neglected by the Executive and he was now taking the matter to the Constitutional Court to force the state to act.

“The welfare of parliamentarians must be taken seriously madam speaker. When the Executive makes an undertaking, they must fulfil it. Madam Speaker, I am going to approach the Constitutional Court to ensure that this matter is dealt with. The salaries of MPs have not changed and the cost of living has gone up,” Mliswa said

Government has delayed availing vehicles to MPs due to budgetary constraints. Finance minister Mthuli Ncube last week promised to procure the vehicles for the MPs this week.

“The SROC (Standing Rules and Orders Committee) makes decisions and they are ignored by the executive. We were given the ZW$50 000 as CDF (Constituency Development Fund), but the money has been eroded. Something has to be done,” Mliswa said.

In November last year, MPs arm-twisted Mthuli to allocate money for their welfare after refusing to increase the budget.

The MPs want government to buy Land Cruisers, which they said “is the only car good enough for MPs to do their work because the Mazdas and Toyotas we get are not good enough”.

Meanwhile, Mliswa yesterday blocked MDC MPs from quizzing government on claims that First Lady Auxillia Mnangagwa was being threatened by some military personnel, saying the audio circulating on social media should not be taken seriously.

MDC MP Innocent Gonese had asked Home Affairs minister Cain Mathema on what steps government was doing to protect its citizens who included the First Lady.

Before Mathema could respond, Mliswa stood up saying Parliament could not discuss social media issues and to this end, Mathema did not respond to the question with regard to the first lady.

On Tuesday, the social media was awash with an audio conversation allegedly between the First Lady and a top military commander, believed to be Samson Murombo where she allegedly claimed that some army officers were plotting to kill her and the President Emmerson Mnangagwa.

The authenticity of the audio has remained questionable with Zanu PF supporters alleging voice morphing.