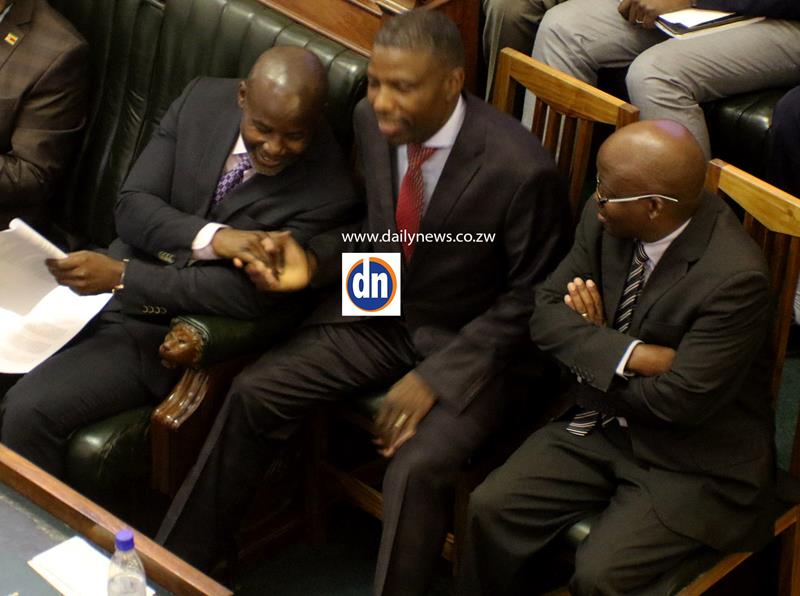 THE Member of Parliament for Norton,  Temba Mliswa and his Chegutu West counterpart Dexter Nduna have been dropped from the reconstituted parliamentary portfolio committees on Mines and Transport, respectively.

On Thursday, Speaker of the National Assembly Jacob Mudenda reconstituted the Energy committee as well as that of Transport, a few weeks after they had been dissolved.

Interestingly, the previous chairs of the committees — Mliswa (Mines) and Nduna (Transport) — were conspicuous by their absence from the re-constituted committees as all the other original members were retained.
The two committees had been disbanded last month after Nduna and Mliswa were suspended from their positions for misconduct.

“I would like to inform the House that all members of the dissolved Mines and Mining Development Committee have been reappointed to the same committee except … Mliswa and … Nduna,” Mudenda said.
He said Mliswa has been replaced as chairperson by Zanu PF MP for Shurugwi South Edmond Mkaratigwa.

“I also wish to inform the House that.. Gorerino has been appointed chairperson of the portfolio committee on Transport and Infrastructural Development,” he said adding that “the committee membership remains unchanged except that… Nduna is no longer a member of that portfolio committee.”
Neither Nduna nor Mliswa were available for a comment as they were both not taking calls.

Nduna and Mliswa had a nasty altercation in the National Assembly last month during which the former fitness trainer accused Mudenda of selective application of law and protecting corrupt lawmakers that he said were in the habit of demanding bribes from parastatals.

The motor mouth former Zanu PF chairperson for Mashonaland West Province suggested Mudenda was a beneficiary of proceeds of corruption.

“Nduna, a thief, who stole US$11 million from Zinara (Zimbabwe National Road Administration) is given a committee to chair, because he used to eat with Speaker,” Mliswa said then.
The claims led to a near fist fight between Mliswa and Nduna.
The two later announced they had made up with Mliswa publicly apologising to Mudenda for his unsolicited rant.

Mudenda has since established an internal team meant to investigate “media reports of corruption” against Mliswa and some members of the Mines committee.
On Wednesday, the Speaker announced that the investigations were still ongoing.

“I also wish to inform the House that the tenure of the Privileges Committee to investigate the allegations of soliciting for a bribe by some Members of the Portfolio Committee on Mines and Mining Development has been extended to the 9th May, 2019,” Mudenda said.