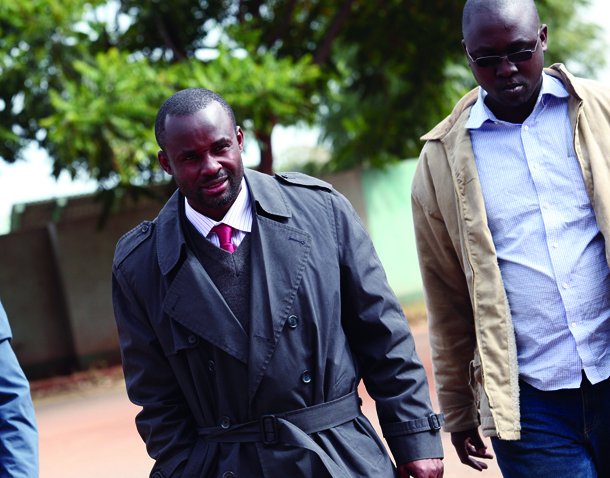 The two lawmakers first crossed swords in the House on Monday, and almost disrupted Parliament business, as they accused each other of corruption. MDC Alliance MPs supported Mliswa’s point of privilege and encouraged him to continue speaking despite Deputy Speaker Tsitsi Gezi warning the Norton legislator to restrain himself.

“I rise on a point of privilege to register my displeasure and equally seek guidance from you, as chair, as to how far MPs can go in enjoying privileges and immunities of Parliament. The reason why I am saying so is that I am under threat from Nduna after he confessed that he has killed many people and he equally has threatened to kill me,” Mliswa said.

“I want to understand whether this is how MPs must act because my life is under threat. The remarks by Nduna that he killed people were made in a country under scrutiny for violence, especially allegations that there are ex-defence forces (members) who wore civilian clothes and were armed and killed people. Is it not because of the likes of Nduna?”

Mliswa said President Emmerson Mnangagwa was busy going around the world trying to clear Zimbabwe’s name over the recent shootings of civilians and yet there was an MP that claimed he murdered people.

“The police and army have been accused of those killings and yet the answer lies with Nduna. We have also had a lot of people killed in this country, accusing State security agents and yet the answer is clear. Itai Dzamara (journalist and activist) is missing and we now do not know whether he was killed by Nduna? Parliament is a sacred institution and we cannot have murderers in the House,” he said.

“It is important that there be an inquiry on this matter because my life has been threatened and this is an issue you must take seriously because it impacts on my freedom of association.”

Despite Gezi promising that the matter would be investigated, Mliswa refused to accept her response. He then turned directly at Nduna, pointing at him and shouting: “I am under threat, he is a murderer. You said you killed people you do not even know. Life is sacred. These are serious issues.”

Angered by Mliswa’s remarks, Nduna stormed out again, and Mliswa shouted again: “Do not go away you murderer!”

Justice minister Ziyambi Ziyambi and his Energy counterpart Joram Gumbo tried to restrain Mliswa, but the Norton MP turned his vitriol on Ziyambi, saying he was also an unclean person that was being investigated for human rights violations.

Sergeant at Arms Nicholas Marufu had to force-march Mliswa outside the House, as he continued shouting. Mutare Central MP Innocent Gonese (MDC Alliance) said that after a video of Nduna confessing to be a killer went viral on social media, he must be investigated.

JUST IN: President leaves for Botswana

Teachers dig in over PPE