Mnangagwa can still do the right thing

Source: Mnangagwa can still do the right thing | Theindependent (Zimbabwe) 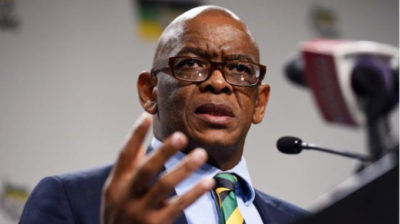 ACE Magashule, secretary-general of the African National Congress (ANC), the ruling party in South Africa, spoke about “frank discussions” having taken place between representatives of his party and their opposite side in Zimbabwe in their Wednesday meeting.

“We had a frank, open and very robust discussion and committed ourselves to introspection …” he said adding the two ruling parties had agreed they had let the people down.
Magashule said the meeting found that poverty, corruption and human rights violations were major causes of the crisis although his opposite number, Obert Mpofu, chose to point at “neo-colonialism”. He did not say if the meeting had come up with any solution — or proposal.

The South African delegation promised to return for talks with other stakeholders — a promise that was supposed to give hope and pacify restive Zimbabweans and assure the world that their efforts are worthwhile.

But it would be naïve for anybody to expect that a solution will come out of any number of meetings between the ANC itself and any stakeholder in this troubled country. What is required is a quick convergence of minds between the two major political players in Zimbabwe — a task that calls for above-average mediation skills.

Time is of essence and, unless the South African visits are meant to buy time towards 2023, they ought to have achieved better than mere promises to meet the crucial other half of the Zimbabwean crisis. Communication channels ought to have opened already between Zanu PF and MDC Alliance.

Expressing this concern is what is expected of President Cyril Ramaphosa as a responsible leader spelling out regional concerns about a country that has become a big bother to its own citizens.

President Emmerson Mnangagwa will naturally not be inclined to the idea of a transitional authority that will effectively mean cutting short his term of office, but he can still be persuaded to do the right thing.

We should, however, be encouraged by the Ramaphosa mediation efforts and pray that they do not become another camaraderie act of deception.

Meanwhile, we should, as a nation, work together to ensure that we bring hope and not despair; fruit and not harm; prosperity and not more poverty to our country.

The post Mnangagwa can still do the right thing appeared first on The Zimbabwe Independent.