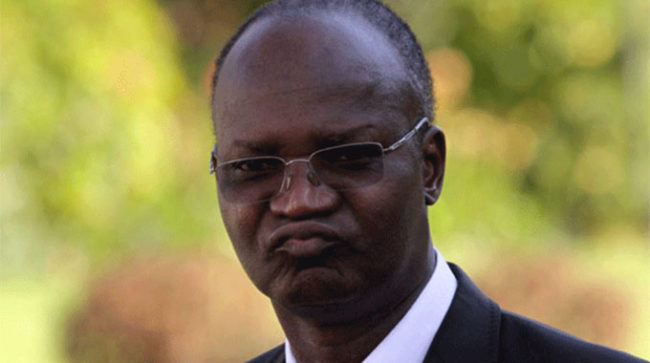 The latest feud has been exposed in High Court applications by former cabinet minister Jonathan Moyo and the late former President Robert Mugabe’s nephew, Robert Zhuwao, challenging the withdrawal of offer letters to their farms by government under the pretext that the land was being underutilised.

Moyo is being represented by Atherstone and Cook Legal Practitioners. In his application for an order to set aside government’s withdrawal, Moyo — who is currently in exile — argues that government’s actions were politically motivated and have nothing to do with underutilisation of the land.

Moyo’s wife, Beatrice, who lives on the 623-hectare Patterson Farm in Mazowe, is co-applicant in the matter. Government, through Lands and Agriculture minister Perrance Shiri, notified Moyo of the withdrawal of the land in a letter dated December 11 2019.

Moyo has since filed opposing papers at the High Court, describing the seizure as politically motivated, an abuse of power and illegality. “The decision implicates a breach of administrative law standards in that it is substantively unreasonable in the extreme and constitutes state-sanctioned theft.

The land that has been taken away from me is land that I acquired from the state in terms of a transparent process. The state has not paid me back the money that it took from me in terms of the agreement concluded between the parties,” the court documents read.

He further argues that Mnangagwa’s administration was resorting to retributive measures as punishment for exposing how the July 2018 presidential election was rigged by the Zimbabwe Electoral Commission (Zec) in favour of Mnangagwa in his latest book titled Excelgate.

“This has been the case from the year 2004. I have always had problems with this farm whenever I have fallen out of favour with the ruling elite. The current problems can also be traced to the political fallout leading to the ouster of RG Mugabe as president of the republic. I must point out that the military, led by respondent announced that I was one of the criminals around the president who had to be weeded out. In the event we were.

I also point out that the withdrawal has been made in the context of the publication, by me, of an academic book in which I expose what I consider to be the manner in which the 2018 elections were rigged. That the withdrawal comes hard upon the publication of that book is not a coincidence, particularly as it comes before I have exercised my full and effectual right to be heard,” Moyo said.

He argues that contrary to government’s claim that the farm was being underutilised, it was actually among the best-performing farms in the country.
“The withdrawal of the offer letter is based on material falsehoods of a concocted alleged underutilisation of the land which does not take into account the manner in which the state has sought to sabotage my investment for cheap political ends,” he said.

The former cabinet minister, who dramatically escaped a military attack at his Borrowdale house in November 2017 during the coup that toppled Mugabe, further argued that the move was a violation of his property rights.

“Account was made in breach of my proprietary rights, to take into account the close to a million dollars investment that I have sunk into the farming project. Finally, the decision was made without jurisdiction in that the state having previously sought to acquire the land and having abandoned the process, later purported to once acquire it in the year 2006 after I had already bought the farm with the state’s consent and concurrence.

The 2006 acquisition is a breach of the Constitution in that it countenances the acquisition of land belonging to an indigenous person, which is anathematic under the programme of the land reform.

“I draw attention to the fact that the purported withdrawal comes right in the middle of the farming season after I had made serious investments totalling around $120 000. For reasons that are political, I have not been able to get any inputs assistance from the state and the investment thus made represents our un-aided investment as a family, in this regard, second applicant’s financial interests are directly imperilled,” documents read.

The farm specialises in crop and animal husbandry with some 120 head of cattle, 55 hectares of maize, 35 hectares of soya beans and five hectares of sunflower.
“I have at all times been a very productive farmer and the government of Zimbabwe has at all times acknowledged the fact,” Moyo said.

In a seperate application, Zhuwao, a younger brother to former Youth minister Patrick Zhuwao — who was also one of the G40 lynchpins — claims government was repossessing his Zvimba farm out of vengeance.

“I strongly believe that the decision by the respondent to withdraw land offer was ill-founded and it is not done within the bounds of justice. It amounts to manipulation of the system to my detriment. It may very well be motivated by bias and malice against me and my family,” Zhuwao said in his application.

In May 2019, state security agents comprising military, police and intelligence officers descended on the farm intending to seize the property.