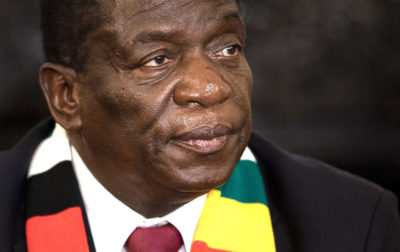 The three-member tribunal is chaired by retired judge Justice Simbi Mubako and other members are Yvonne Masvora and Charles Warara.

The Judicial Service Commission had earlier this week recommended that a tribunal be set up to investigate whether or not Justice Ndewere was fit to hold office.

The High Court judge is facing allegations of gross misconduct in the performance of her duties, but she accuses Chief Justice Luke Malaba of trying to fix her for defying his unlawful order in cases involving bail for former Tourism minister Priscah Mupfumira and MDC Alliance vice-chairperson Job Sikhala.

Last week, judges from senior courts wrote to Mnangagwa and the Zimbabwe Anti-Corruption Commission, asking them to probe Justice Malaba, who they accuse of interfering with their verdicts in what they described as judicial capture.