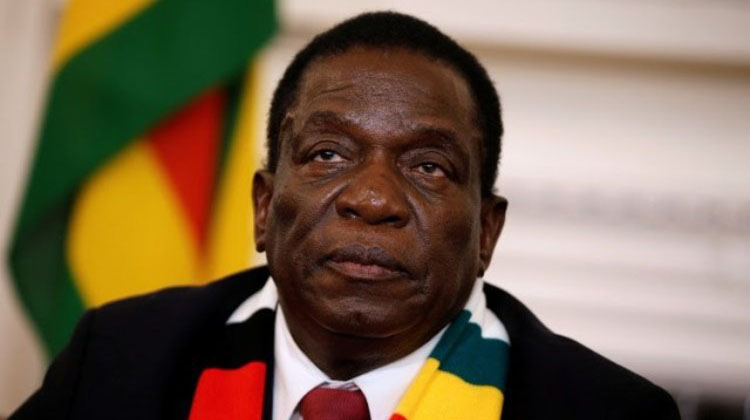 FORMER Deputy Prime Minister in the inclusive government, Arthur Mutambara has claimed that President Emmerson Mnangagwa’s “coup-based government” was not yet ready to surrender power to civilians.

“They committed treason in 2017, are they ready now to give up power? This is our dilemma in Zimbabwe,” Mutambara said during a virtual public discussion hosted by the Southern Africa Political Economy Series (Sapes) Trust last Thursday which discussed the topic The Stampede towards 2023 Elections: is history about to repeat itself again in Zimbabwe.

“They are now coup-proofing and consolidating power, hence the constitutional amendments. 2018 had to be won by any means necessary by the regime because it couldn’t institute a coup and hand over power to the opposition. 2023, what’s new? We are still in the context of a coup. Why would you think the junta is ready now to surrender power to civilians? That is our dilemma in Zimbabwe,” he said.

Former Zanu PF politburo member and ex-Higher Education minister Jonathan Moyo said the ruling party was in panic mode ahead of the 2023 elections and will use every trick in the book to win the polls.

Moyo said the 2023 elections would be won by cartels controlling fuel, foreign currency and food and who would come in handy for Zanu PF.

He said cartels who were holding all the key economic fundamentals were linked to Zanu PF.

“Now these are controlled by cartels which have emerged since the coup and all the cartels are very much connected with the State and Zanu PF,” Moyo, who is in exile after allegedly fleeing from attempted assassination by the military during the 2017 coup, said.

He said Zanu PF and the Douglas Mwonzora-led MDC-T were afraid of elections and this was evident by the immobilisation of the opposition.

“The judiciary has gone deeper into that crisis by its involvement in the party politics, the politics of major parties — the MDC Alliance and Zanu PF — notably through the controversial and dubious March 30 2020 Supreme Court judgment which had two implications that affect whether or not the next election will be history repeating itself,” he said.

According to a report published by South African publication Daily Maverick in February, Zimbabwe is under the control of cartels across various economic sectors, including mining, energy, transport and agriculture.

Moyo said the ramifications of the Supreme Court in Parliament where Zanu PF, previously without a two-thirds majority, now had an upper hand courtesy of its alliance with Mwonzora’s
MDC-T.

“You cannot rationally project a free and fair election against the background of a demobilised and immobilised opposition and this is not being done by Zanu PF – it is the securocrats, in particular the CIOs,” he said.

Moyo said the former Higher Education minister should not be taken seriously, adding that the ruling party was preoccupied with nation-building and defeating the COVID-19 pandemic.

“I have no appetite to respond to Jonathan Moyo’s hallucinations. He can continue whistling in a graveyard wherever he is,” Moyo said.

The post ‘Mnangagwa trying to coup-proof himself’ appeared first on NewsDay Zimbabwe.