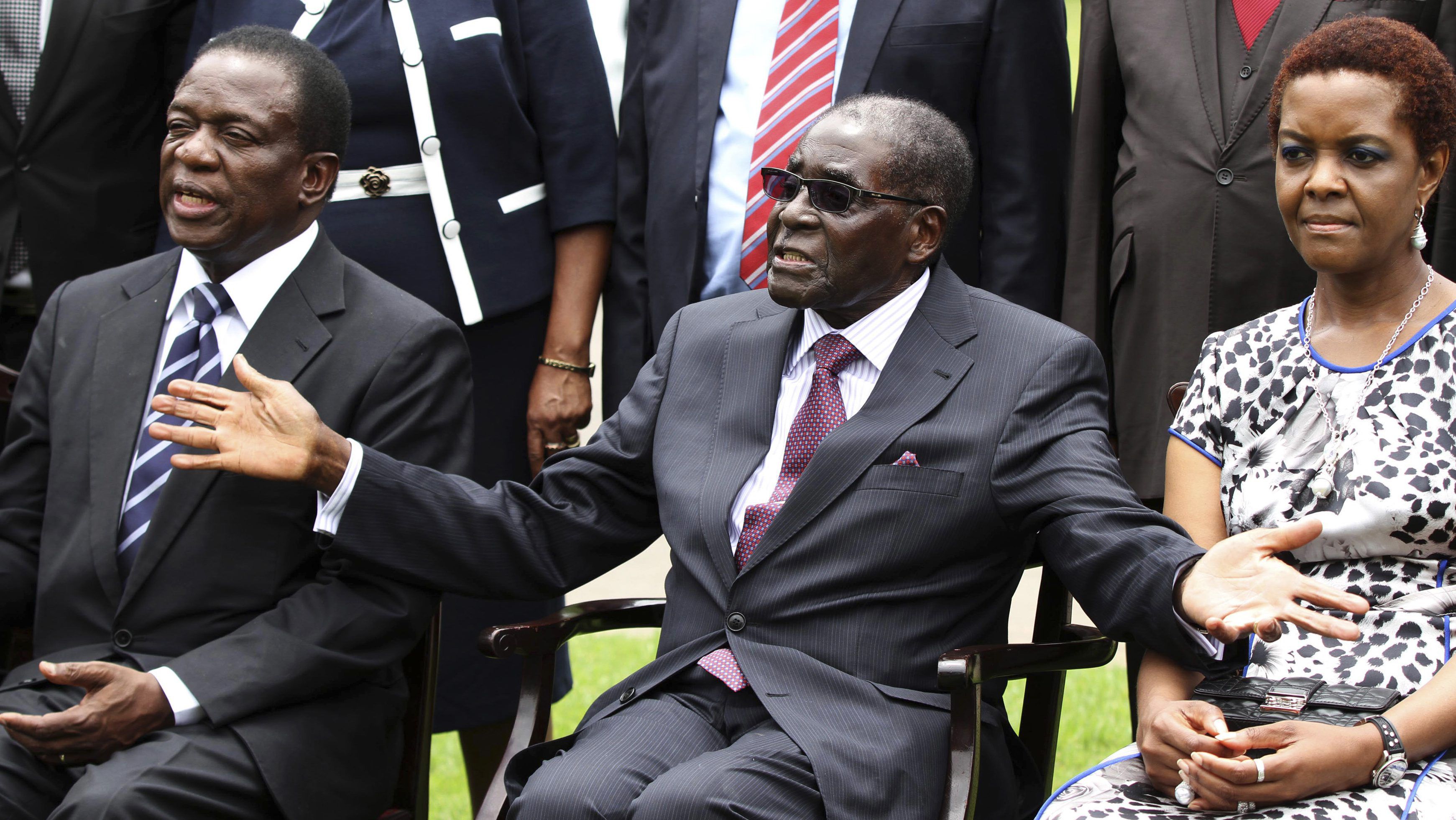 President Emmerson Mnangagwa is gradually losing patience with his former boss Robert Mugabe as the latter becomes visible once again in politics – a few months before high-stakes general elections.

But last month Mugabe met with African Union Commission chairman Moussa Faki and told him that he was toppled via a coup.

Since then he has openly opposed the Mnangagwa presidency‚ raising concern that the upcoming elections might not be free and fair.

What angered Mnangagwa this week is that Mugabe snubbed working with Zanu PF in its electoral campaign.

Instead he is rallying behind a new formation called New Patriotic Front (NPF) and has also had meetings with other opposition leaders.

Speaking at a Zanu PF meeting on Tuesday‚ Mnangagwa warned his former boss.

“With the former president there is an issue.

Currently we are not happy with what the media is saying.

It is an issue we are examining‚” Mnangagwa told Zanu PF’s youth league.

At the same rally‚ youth leader Pupurai Togarei said as the youth they would stop respecting Mugabe.

“Can someone try and talk to Mugabe? He must withdraw his behaviour and be responsible.

If he fails to respect the revolution‚ we will stop respecting him in future‚” he said before chanting anti Mugabe slogans.

Because of his latest political choices‚ Mugabe during his birthday party on February 24 told close friends and relatives that he was being persecuted via his wife Grace who spent every night crying.

On Wednesday‚ Mugabe made his first trip outside Zimbabwe this year and sources say he is in Pretoria.

Unlike in the past when he would commandeer the national flag carrier Air Zimbabwe‚ Mugabe flew business class with at most 12 aides.

In the past he would have traveled with a 70-strong entourage.

“The suspicion within Zanu PF is that Mugabe is in South Africa to meet up with stakeholders involved with the NPF project.

We understand NPF is seeking an alliance with some sections of the MDC T‚ [Joice] Mujuru’s National People’s Party (NPP) and other like-minded groups to dilute Zanu PF’s dominance‚” said a Zanu PF source.

This week the NPF wrote to the Zimbabwe Electoral Commission (ZEC) informing the electoral body the party would be taking part in the general elections and so should also be included in programmes that involve political parties and the upcoming elections.