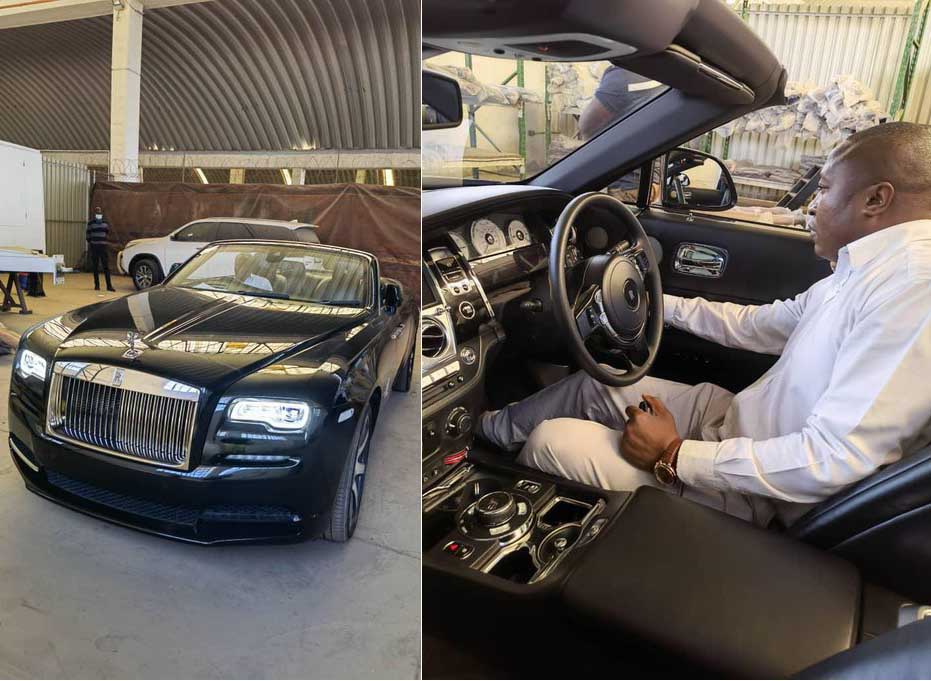 Pictures emerged on Sunday of Sean – a soldier – apparently collecting the expensive vehicle from a bonded warehouse at the Boka Tobacco Auction Floors.

The US$360 000 car is believed to have been imported from South Africa. Including customs duty, the Rolls Royce Dawn would have cost in excess of US$500 000.

An associate of Sean on Sunday told ZimLive that the vehicle was not his, claiming instead that its owner is the gold dealer Pedzai “Scott” Sakupwanya.

The person, however, could not explain why Mnangagwa’s son went to collect the car.

Sean and his twin brother, Collins, have been linked to tender corruption involving the procurement of medical supplies which led to the arrest and removal from office of former health minister Obadiah Moyo, claims which they have denied.

Leave a Reply to CHARITY BEGINS IN ZIMBABWE Cancel reply