Mobile money transactions not to blame for economic woes 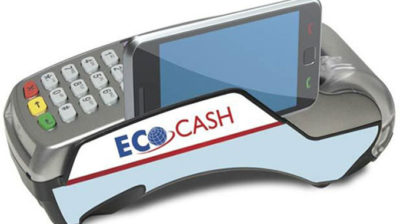 “It does not make economic sense. The reason why we have a black market in the economy is not because of Ecocash or the stock exchange, it’s because we are simply not producing,” Biti said.

Increased production would lead to more exports and thus foreign currency that could stabilise the local currency, he said, citing corruption for fuelling the foreign exchange parallel market.

Further, the country’s 19 banking institutions will also be affected as most have been pushing activities to mobile-based platforms in light of cash shortages.

The ban comes as the Zimdollar reached a new low in its continued depreciation by zooming past the $100 threshold against the greenback on the parallel forex market to trade at US$1:105.

This comes at a time when the parallel forex market is being used as the main aggregator for pricing goods and services despite the official foreign currency rate of US$1:57,35.

“You cannot have a government that specialises in creating difficulties for its citizens. Think of the millions of people who cannot access money in banks who rely on mobile transfers,” Biti said.

The announced suspension on trading on the ZSE has also, for now, been dismissed by the ZSE.

The reason the ban on trading is a shock is because the failing ZWL, behind the current hyperinflationary environment, had forced many companies to adopt equity strategies to preserve value.

Zimbabwe Information and Communication Technologies chairman Jacob Mutisi said it is ill-advised for the government to ban the purchase and sale of cash through mobile money services.

“This will put a dent to our crippled economy and completely shut down the nation’s biggest e-commerce platform. The problem in Zimbabwe is not Ecocash or mobile money fraud, externalisation or pure advanced airtime sales, but the dysfunctional government policies in general and on the fiscal and monetary policies in particular,” he said.

Confederation of Zimbabwe Industries CEO Sekai Kuvarika said the ban will leave a huge dent on confidence and the stabilisation that the market was desperate for.

MMC Capital executive director Itai Chirume said the immediate effect on listed firms from the ban would be on liquidity that could cause massive defaults on their liabilities.

The post Mobile money transactions not to blame for economic woes appeared first on The Standard.