Modi causes political ripples as he names mall after ED 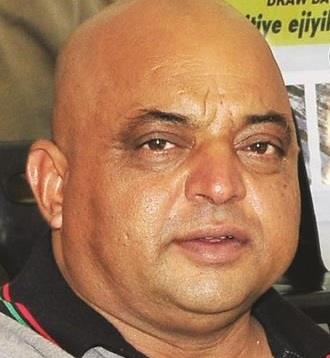 BULAWAYO – South Member of Parliament Rajesh Kumar Modi — popularly known as Raj Modi, is probably one of the most loved parliamentarians in the city.

This is largely because of the corporate social responsibility initiatives he undertook before he ventured into the political sphere.

Now deputy minister of Industry, Modi is the only Zanu PF MP to win a seat in the highly-contested July 30 elections in a city that has been an MDC stronghold for 18 years.

Barely two months after his election, Modi is emerging as one of the staunchest loyalists of President Emmerson Mnangagwa.

Last Thursday, he declared that he will name his Cowdray Park Shopping Mall after Mnangagwa.

“The Cowdray Park Shopping Mall, which was supposed to be opened in December, is four months behind schedule after we encountered bedrock. . . .  people will be employed; a good percentage of them will be from Cowdray Park and Bulawayo South. It will be named after @edmnangagwa,” tweeted Modi.

Although the construction of the mall, which is set to create about 300 jobs, is a welcome development, Modi’s decision to name it after Mnangagwa has triggered a storm.

Critics feel that Mnangagwa does not deserve the honour, saying many heroes who reign from the region were worthy of that honour.

While acknowledging that the mall is his personal property, Mthwakazi Republic Party (MRP) denounced the move by Modi, describing it as disrespectful to the people of Bulawayo and Matabeleland as a whole.

Mbonisi Gumbo, MRP secretary for information said the move by Modi flies against the spirit of devolution that must empower communities to brand themselves and identify with their history, present and future aspirations.

Gumbo said as a party, they are prepared to assist Modi by suggesting to him names that resonate with the liberation history of Bulawayo.

“We acknowledge that this is personal property, but what has Mnangagwa done in Bulawayo which qualifies him to be honoured before former President Cannan Sodindo Banana and other Matabeleland heroes of our struggle?”

Gumbo added that Modi must take his public relations stunt out of Bulawayo to where Mnangagwa is relevant.

“Matabeleland knows Mnangagwa as one of the principal architects of Gukurahundi, a genocide that wiped them off the face of their land. That perception will stick until Mnangagwa appoints a neutral commission of inquiry, headed by an international judge or human rights practitioner to probe the genocide. Until such happens, people like Modi must not disrespect the people of Bulawayo,” he said.

Gumbo called on Cowdray Park residents and people from Matabeleland to reject this public relations stunt by Modi seen as meant to polish up the image of Mnangagwa in Matabeleland.

“If Modi is short of liberation memory, we are prepared to assist, in suggesting to him, names that resonate with the liberation history of Bulawayo,” said Gumbo.

“It is a popularity stunt which, at this moment, is not necessary. I may not know the logic behind naming the shopping complex after Mnangagwa but we have unsung heroes who hail from this region like Lookout Masuku, whom I think people from this side identify with,” he said.

He highlighted that as an association they haven’t engaged the residents to get their views on the development.

Ibhetshu Likazulu secretary-general Muse Fuzwayo described the naming of the mall after Mnangagwa as “painful and insensitive” considering his role in the post-independence 1980’s disturbances for which Mnangagwa has not apologised.

Fuzwayo said: “Modi just proved that he does not care about our feelings. Mnangagwa is not worthy of that honour. Why doesn’t he honour some of the Zipra commanders?
“Nothing has been said about Ackim Ndlovu, Lookout Masuku and many other local heroes. People from the Midlands where he hails from and Harare haven’t honoured him, and Modi wants to honour him here in Bulawayo after everything he did to them? It’s sad Modi has no empathy and sympathy with people from this region.”