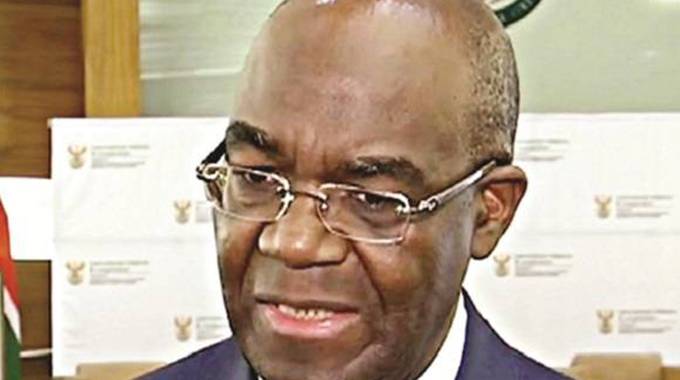 Herald Reporters
GOVERNMENT and the corporate world have made great strides in assisting the victims of Cyclone Idai through donations and all other forms of assistance.

Through the Zimbabwe Defence Forces, Civil Protection Unit and the Zimbabwe National Water Authority, among other arms, Government played a major role in ensuring victims are airlifted to safe areas and ensuring they access basic needs.

Zimbabwe’s Ambassador to South Africa, Mr David Hamadziripi, yesterday said they were also mobilising resources from across the Limpopo River.

He said they formed a taskforce led by his deputy, Ms Mietani Chauke, to coordinate and mobilise support for Cyclone Idai.

Ambassador Hamadziripi told the South African media: “We have established a team led by Deputy Ambassador Chauke to work in collaboration with a number of stakeholders including Zimbabweans in the Diaspora to mobilise support for the victims of Cyclone Idai. Similar structures have also been put in place at our consulates in Cape Town and in Johannesburg to ensure that this support is well coordinated and is delivered to those in need.”

The Confederation of Zimbabwe Industries in partnership with Proudly Zimbabwean Foundation, yesterday launched the “Chimanimani We Care, Donate a Blanket Campaign” which targets to mobilise 10 000 blankets for the victims.

CZI president Mr Sifelani Jabangwe, said blankets were one of the key requirements by the victims.

“As CZI we have seen that our members have been making different contributions since this tragedy befell us as a nation and various companies have been doing different things but we have now seen that the severity of this disaster is actually worse than we thought.

“All our four chambers, which are Mashonaland, Manicaland, Midlands and Matabeleland, will be drop-off points,” he said.

The UK-based Express Links Money Transfers in collaboration with the Diaspora Funeral Cash Plan yesterday donated goods worth 20 000 RTGS dollars to the Zimbabwe Red Cross Society towards the victims of Cyclone Idai.

Express Links Country Director Mr Abisai Mujere said: “We felt humbled and obliged to participate in relief efforts working in conjunction with the Diaspora Funeral Cash Plan since Zimbabwe is our prime market,” he said.

They donated 2 500kg of mealie-meal, 120 blankets and assorted groceries.

Star FM yesterday also partnered with its radio listeners to donate goods to the victims.

They donated clothes, blankets and groceries which were taken to Mutare by DHL.