More heads to roll at Zesa as result of forensic probe 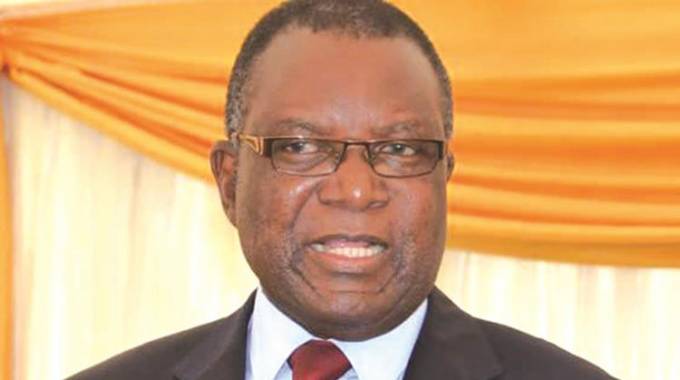 Mr Chifamaba is currently before the courts on charges that border on abuse of office, while 20 other top Zesa managers are on forced leave to pave way for the audit.

The probe report by Price Waterhouse Coopers is now before President Emmerson Mnangagwa amid indications the Head of State has demanded full transparency at the parastatal.

It has been gathered that the audit dug a slew of scandals over tender malpractices, abuse of office, and shoddy corporate governance practices among other forms of corruption.

In an interview with The Sunday Mail last Friday, Energy and Power Development Minister Dr Joram Gumbo confirmed the investigation findings were now in the hands of the highest office in the land.

“I can confirm that the forensic audit for Zesa is now completed. It is now in the hands of His Excellency, The President after I formally presented the document to him last week,” said the minister.

“I am now waiting for the comments from His Excellency before I make the document public.

“It would be imprudent for me to make the document public before I get the feedback for His Excellency.”

Minister Gumbo revealed that of the 20 suspended officials, most are set to face the music while some were cleared of any wrongdoing.

“Without jeopardising the current process, what I can say is that the audit has exposed some malpractices that need to be corrected,” he said.

Dr Gumbo said some top officials will have to undergo disciplinary action for engaging in activities outside what was expected of them.

“I was also able to come up with a summary for the President to get a gist of the matter before getting into the full document.

“It is a thick-volume document with more than 300 pages.”

The minister said, as part of the parastatal’s restructuring, a new board would be announced in the next three months to steer the entity in a new direction and take over from former Cabinet Minister Herbert Murerwa who led the previous board.

“We have started the process of looking for new board members. We will be conducting interviews of all the candidates that qualify,” he said.

“It is going to a thorough and transparent process before we get the best brains to take the company to new heights.

“Zesa is one of the most important parastatals and we have to do the best we can. We are going to be appointing the board within the 90 days at most.”

Minister Gumbo said the Dr Murerwa-led board was not fired but its term had initially expired in June 2018 before being extended by 6 months to December.

With regard Zesa’s operations, the minister said the parastatal planned to acquire 254 vehicles to improve the power utility’s capacity in dealing with faults.

“We recently visited Zesa and commissioned 29 brand new vehicles that had been distributed into five regions so that Zesa can readily attend to faults,” said minister Gumbo.

The Minister also revealed that he will soon embark on tour of all Zesa branches countrywide on a fact-finding and needs assessment mission.

He also said his vision was to see Zesa depart from the practise of prioritising urban areas ahead of consumers in the rural areas.

Last week, Cabinet approved the re-bundling of the Zimbabwe Electricity Supply Authority (ZESA) and resolved to merge all the group’s units into a single integrated company.

Addressing journalists in a post-Cabinet briefing on Tuesday, Information, Publicity and Broadcasting Services Minister Monica Mutsvangwa said all Zesa companies would be amalgamated into a “single vertically integrated company.”

The unbundling of the power utility has been blamed for exerting more costs on the company.

Apart from several chief executives, all of the companies under Zesa Holdings have separate departments such as marketing, human resources, accounts and public relations.

The reform of Zesa is in sync with the Public Enterprises Reform Framework for 2018-2020 under the auspices of the Transitional Stabilisation Programme (TSP).

The TSP is the Government’s economic blueprint expected to give oomph to the country’s vision to become an upper middle income economy by 2030.