More High Courts to be opened 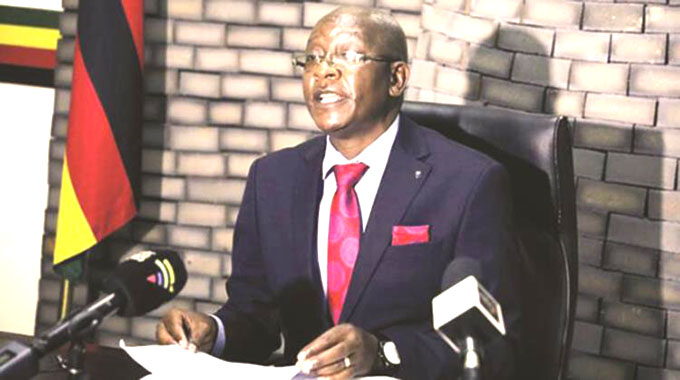 There are plans to establish High Courts in seven of the 10 provinces by 2025 as part of a deliberate effort to decentralise the justice delivery system and ensure cases are speedily concluded, Justice, Legal and Parliamentary Affairs Minister Ziyambi Ziyambi told Parliament yesterday.

Responding to questions in the National Assembly, Minister Ziyambi said the Judicial Service Commission is determined to establish more courts of law to help clear the backlog of cases.

Legislators wanted to know why murder cases were taking long to be concluded.

The JSC has taken measures to speed up cases and one of it is to decentralise the High Court and increase the number of lower courts.

Plans to establish further High Courts, for instance in Chinhoyi, are in place.

There have also been High Courts sitting in circuit in Gweru and Hwange, among other areas.

By 2025 at least seven of the 10 provinces would have High Courts established, said Minister Ziyambi.

Presently, the High Court sits permanently in Harare, Bulawayo, Masvingo and Mutare, but judges do go on circuit to other centres.

Minister Ziyambi said murder cases were complex and entailed a lot of procedural issues that might take time.

Meanwhile, Speaker of the National Assembly Advocate Jacob Mudenda yesterday rapped “perpetually absent ministers”, saying their failure to constantly attend the Question and Answer session to field questions from backbenchers did not do good to the country.

Adv Mudenda said this after noting that a few ministers were in attendance yesterday to respond to questions.

Parliament has set Wednesdays in the National Assembly and Thursdays for Senate for the Question and Answer session from legislators.

“While the apologies are accepted, they are now becoming a habit,” said Adv Mudenda. “That habit is unacceptable. There are some ministers who are perpetually sending apologies. That does not do good to the country. We also cannot have a minister and his or her deputy away.

“Almost half the Cabinet is not here. I know some are with the President, but I am not sure about the others.”