‘More people to have accessed to cheap solar energy by 2030’

Source: ‘More people to have accessed to cheap solar energy by 2030’ | Newsday (News) 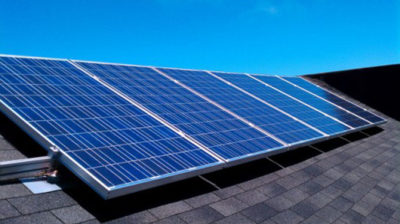 Energy deputy minister Magna Mudyiwa said Zimbabwe has adopted a Sustainable Development Goal which will see more people have accessed to cheap solar electricity by 2030.Addressing delegates during a renewable energy webinar yesterday, Mudyiwa said solar energy will provide the cheapest source of electricity for many of the 600 million people across Africa who cannot access electricity today.

She said to date, Africa, a continent with the richest solar resources in the world, has installed only around five gigawatts (GW) of solar energy.

“The rate at which we as a continent are able to harness and unlock this transformative renewable resource remains a big challenge which each one of you should reflect on throughout the discourse of this conference and every other conference of this nature,” Mudyiwa said.

“Globally, the issue of energy access is topical. The United Nations Sustainable Energy for All Programme which has now been adopted as a Sustainable Development Goal (SDG7) has targets of universal access for all by 2030. This target has been embraced by most of the Sadc countries, Zimbabwe included,” she said.

She urged policymakers to address the persistent lack of access to electricity and clean cooking, and the unreliability of electricity supply, which have acted as brakes on the continent’s development and meeting the energy needs of Africa’s population in full.

“We need to come together as bureaucrats, technocrats, investors and private players to realise this goal of universal access to clean energy for all.”

She added: “I believe the continent also require investors in installing renewable energy-based power plants as well as upgrading and construction of power transmission and distribution lines to make sure the produced electricity reaches the consumers more efficiently.

She said another energy storage technique is to use solar plants to supply power during the day and only switch to large hydropower at night when the other intermittent technologies would have dropped.