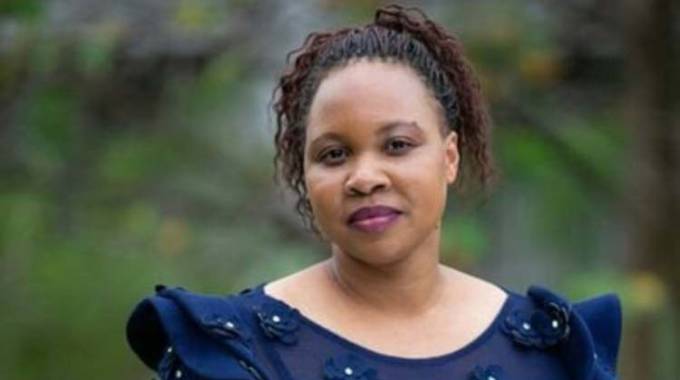 FADZAI Traquino is a leading women’s rights activist and director of the Women and Law in Southern Africa. She leads the Gender-Based Violence cluster at the Women’s Coalition of Zimbabwe (WCoZ), a local network of women’s rights activists and organisations. In our ongoing commemorations of Women’s Month, our reporter Debra Matabvu spoke to Ms Traquino on how the Covid-19 has impacted Gender-Based Violence.

Q: Zimbabwe joined the rest of the world recently in celebrating International Women’s Day. How were this year’s commemorations different from previous years?

A: This year’s Women’s Day was different in the sense that we are celebrating it as we fight Covid-19 which has amplified the inequalities that women face on a day-to-day basis.

It has highlighted key gaps in our society.

With the coming of the pandemic, we have realised that there were restrictions in movement, for instance going to work.

It highlighted the role that women play at the domestic level; they are primarily caregivers especially at home.

Women play multiple roles in our society: they provide meals, cook and clean.

Now, being under lockdown amplified and exposed that while this burden of care work is not remunerated, it is a very important role which needs to be supported and recognised up to national level.

We found that with the restriction of movement, a lot of people could not access healthcare and depended on the caregivers at home, which were mostly women and the girl child. The other inequality we witnessed was access to service delivery in our communities.

For the first time, women who go to work realised that it actually takes hours to get water.

Another issue is that the country’s economy is heavily informalised and a lot of households depend on the informal sector.

So they do not have social security, savings or a backup plan.

Q: There was an increase in cases of Gender-Based Violence during the lockdown. How much of a problem has this been and what are the main drivers?

A: There is a recent report commissioned by the Women’s Coalition of Zimbabwe (WCoZ) which compared the month of May last year to the same period in 2019 that looks at that.

The report showed that 5 498 cases of GBV were reported between May and April 2019 while 6 906 cases were reported during the same period last year.

Reporting of physical, sexual, emotional and economic violence was highest during the Covid-19 lockdown period irrespective of the type of violence.

For example, 40,3 percent of all reports of physical violence collected across the different time periods were reported during the lockdown (April-May 2020) compared to 28 percent immediately before the lockdown (February-March 2020), and 31,8 percent in April-May 2019.

This was caused by a number of issues mentioned earlier, like gender roles.

For instance, if a woman spent a considerable amount of time at a water source, arguments and fights would erupt when the woman got home.

The other issue we received was to do with social media. With the lockdown and movement restrictions, people spent a lot of time on their electronic gadgets and this resulted in a lot of GBV cases, especially among married couples.

A lot of children were vulnerable to sexual crimes especially those who stay with paedophiles or abusers and this is how most teenage pregnancies happened. There were issues to do with property rights whereby some people were taken advantage of.

Generally, courts, the Registrar General’s office and most service providers were closed.

Women failed to claim maintenance or child support because the courts were closed.

Q: What policies can the Government put in place to reduce GBV in communities especially during times of natural disasters?

A: Covid-19 came when we were developing the National Development Strategy 1, meaning it had to be gender sensitive.

It gave us an opportunity to consult and inform the Government on some of the areas of concern.

One of the areas that the Government actually listened to was the integration of gender equality in the macro-economic framework.

For the first time our macro-economic policies referred to gender or gender mainstreaming.

For the first time, there is a policy that speaks to youth and gender mainstreaming as a key component and sub topic with clear indications on

deliverables which the Government is committing to.

It recognises that without gender equality, we cannot progress as a country and that we need that social cohesion.

It recognises the international and regional instruments that Zimbabwe is part of.

So in order to advance gender equality, the NDS1 has actually picked up promoting women into positions of influence, meaning gender equality is one area the Government is going to prioritise.

The Government is also going to prioritise financing of women in business and promoting equality at all levels of society.

When we are looking at equality at all levels of society, at times people only think of it in the national level context.

However, when we are talking of all levels of equality, it means even the lowest level of society which is the domestic level.

This means the Government has committed to redress gender inequality at that level.

The Government should be responsive to that burden of domestic care that we have been talking about.

It will help reduce the burden of care work through providing potable water, and energy so that women do not have to spend a lot of time
looking for fire wood or queuing at boreholes.

These are some of the issues that we are hoping to see in terms of reducing inequalities and promoting equality at all levels.

These are some of the issues and gaps that the NDS1 is trying to cover.

We also need to see more resources being channelled towards areas where women are suffering, such as maternal health and education.

Q: What sort of laws should the Government consider in order to mainstream gender equality?

A: There is a need to look at laws that affect households and help reduce inequalities.

For instance, we know that domestic violence was rife during the lockdown and we need to look at how responsive the Government is going to be in reducing this.

Are we going to see a decentralisation of the victim friendly units to such a level that if a woman’s rights have been violated, they can go to court and assert their rights?

The other thing is women’s political representation.

As a women’s movement, some of the key aspects we will be advocating for is 50/50 representation in the political arena.

The women’s quota in Parliament is coming to an end, but there is already conversation and debate concerning Constitution Amendment No.2.

The debate has been about whether we continue with the quota system. Is it giving us gender parity or is it keeping women on the periphery?

One of the things that we noted is that the quota system has not achieved what we wanted.

Yes, it has given us the numbers in terms of representation in Parliament and politics.

Zimbabwe has 35 percent women representation in Parliament, however, only 25 women contested through direct election and the rest came through the quota system.

This tells a story; it means we have huge inequality because people are not voting for women.

It also means political parties are not seconding female candidates.

Because the quota is not giving us what we want, we need to reform the whole electoral system.