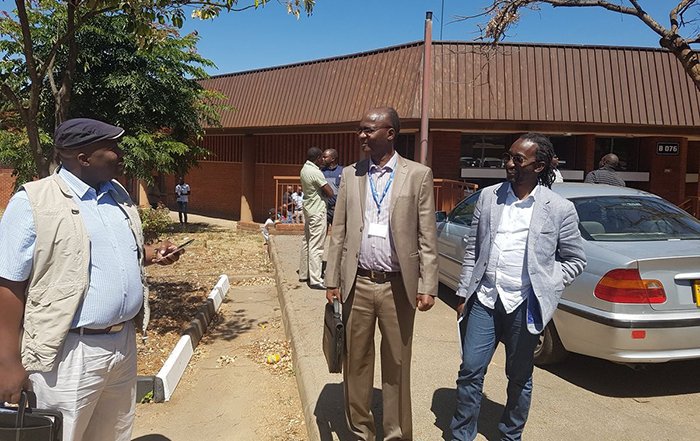 Tichaona Zindoga Political Editor
Nobody can say that they did not expect it.
The world waited for the day when Professor Jonathan Moyo would speak, for the first time, about the transitional process in Zimbabwe that last November swept away a cabal of ambitious political upstarts that had usurped State power, taking advantage of former President, Cde Mugabe.

The cabal was fronted by Cde Mugabe’s wife, Grace, and featured Moyo himself as a kingpin along with Saviour Kasukuwere and Patrick Zhuwao, under the umbrella of the G40 faction.

Moyo was given credit – perhaps more than he deserved as we shall unravel one day – as the think tank of the G40 faction.

G40 is a term that he crafted himself.

The G40 cabal, with Mrs Mugabe on the front and leading rallies that sought to build a public case against then Vice President Emmerson Mnangagwa, leading to his dismissal from the party and race to succeed President Mugabe, was on a roll. 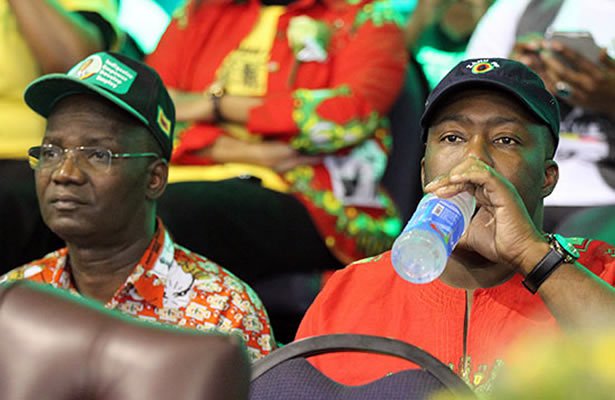 They sang and danced.
They sang victory songs.

They danced to the “Zora butter” routine.
The G40 smelled blood, even literally, of Cde Mnangagwa and they also set to feast on a whole stock of political opponents that prevented them from accessing power, in their immoral, greedy and overarching ambition.

It took the popular “Operation Restore Legacy” – buoyed by Zimbabweans from all walks of life – and political processes such as Zanu-PF’s Central Committee resolutions and the Parliamentary process of impeachment, to stop the usurpation of power and abuse of then President Mugabe.

Then all hell broke loose for the G40 and things fell apart for Moyo and company.
Perhaps much worse for the Professor, who appears not to have gone over that bad patch in his turbulent political career.
His appearance on BBC’s HardTalk yesterday morning has to be understood in that context.

He is a sore loser, who cannot come to terms with the fact that the man he had vowed to prevent from accessing power in Zimbabwe is now at the helm – thanks to processes that saw Zanu-PF nullify Cde Mnangagwa’s expulsion by his former boss Cde Mugabe; reinstated him, recalled Cde Mugabe himself and recommended Cde Mnangagwa for leadership of the party and country.

Which processes duly took place, resulting in the resignation of President Mugabe on November 21 when impeachment processes, instituted by the ruling party and supported by the opposition, were underway.
When Cde Mnangagwa took the oath office on November 24, he did so legitimately and became the President of the Republic in terms of the Constitution of Zimbabwe.

Zimbabwe has a legitimate leader in President Mnangagwa and this is something that is haunting Moyo, and the setting of his interview is telling.
It was on the same BBC HardTalk programme that Moyo fervently tried to bat away prospects of a Mnangagwa presidency and spectacularly looked agitated at suggestions by his then host, Stephen Sackur. Now things have changed.

In his interview, Moyo looks dejected and spent, like a man who has spent many long nights crying.

He tells us that Zimbabwe’s Government is illegitimate and is frustrated that the new dispensation is supported by world powers. He calls it a conspiracy.

Moyo, without shame, tells us that the garrulous former First Lady was unwanted by a “minority”.

That’s just how people living in parallel universes believe in their own lies – like the lies of a popular juggernaut in the Youth Interface rallies, which had the opposite effect of drawing sympathy for the underdog in Cde Mnangagwa, while exposing the immorality of the G40 cabal.

As importantly, the rallies highlighted how the then President had become hostage to the whims and caprices of ambitious cadres, who pushed him to the limits, which he even tried to resist many times.

It is sheer delusional for Moyo to pretend to be speaking for Zimbabweans, whom he claimed were asking “fundamental questions” about what happened to Cde Mugabe and that Zimbabweans were upset by what he alleges to be humiliating treatment of the former Head of State.

Moyo, a propaganda guru, obviously abuses the glittering generality called “Zimbabweans”, a majority of whom cheered Operation Restore Legacy and applauded the manner in which President Mugabe was treated during the transition, as he was being saluted by his generals.

Operation Restore Legacy did not suspend the Constitution, neither did the military fail to honour Cde Mugabe as their Commander-In-Chief.

In other places and time, Cde Mugabe would have been dragged in the streets and hung on the public square.

Or left to bloodthirsty mobs.

Instead, he was shown respect and cushioned, and just recently he received a mouth-watering pension, which some Zimbabweans even found incredible.

President Mnangagwa has continued to respect his predecessor as his father, mentor and comrade in arms.

He has shown no appetite for revenge and the narrative is generally not to demean the former President – who remains an icon – and degrade his legacy.

Actually, that was what Operation Restore Legacy was all about!

Now, what, one wonders, was Moyo on about alleging popular anger at the alleged humiliation of Cde Mugabe?

Crying more than the bereaved?

No, Cde Mugabe is not bereaved.

Actually, we now know, thanks to Roman Catholic Priest and Cde Mugabe’s confidant Father Fidelis Mukonori that the long-serving leader was relieved after signing the resignation letter on November 21.

Moyo, stuck in a sewage hole somewhere, may have missed this.

But he should not be allowed to pontificate on behalf of Zimbabwe: he is just too bitter and small-minded to assume that role. It is known that he has a personal grudge against President Mnangagwa and it has been most unfortunate that he has dragged Zanu-PF and the nation at large in his bile.

But the good thing is that he has a chance to contest President Mnangagwa in an election – one coming as early as six months or under.

Did we not know that in his game and hunt for Mnangagwa on one hand, Moyo was angling for a role as the next big opposition in a post-Mugabe, Mnangagwa presidency?

Here it is and Moyo should man up and come back home and fight it out.

It will be interesting.

It is to be noted that his cohort, Zhuwao, this week introduced us to what he termed a resistance to the “coup” Government, which he fantastically described as #2018Resistance.

In it, he claims that: “There is massive disgruntlement by members of Zanu-PF to the manner in which President Robert Gabriel Mugabe continues to be humiliated and ill-treated by the coup conspirators and terrorist junta.”

He claims there is “a silent majority” who will “express their displeasure in the ballot box in 2018”.

Both Moyo and Zhuwao are showing to be incredibly out of touch.

While Moyo sounds deluded, Zhuwao’s rants do not rise to the level of madness. Zhuwao must be pitied really, not least because he misses the fact that he was also being used (what he terms “kuitiswa”) by a more sophisticated Moyo.

He must also be feeling so exposed because Cde Mugabe was his only claim to fame and does not command any respect or power outside his being a nephew to the former President and icon.

Not even think tank – or is it a stink tank – can salvage him.