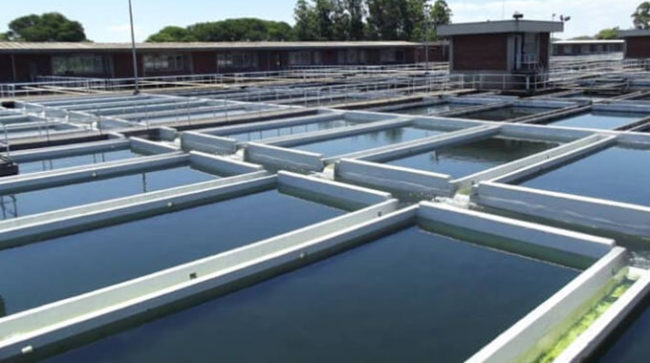 Though millions of dollars have been poured into the refurbishment of the plant, including half of the US$144 million sourced from a Chinese bank, no progress has been made to improve water pumping to millions of residents within greater Harare amid reports of underhand dealings, dereliction of duty and lack of supervision.

Town House officials have also blamed the situation on maladministration and management’s lack of seriousness in dealing with issues.

The major water treatment plant, observers said, has now been turned into a “fishery” where people spend time engaged in fishing business at the expense of their duties.

Investigations showed that workers come to work for two hours or less and spend the rest of the time fishing, yet they are considered to have worked for eight hours.

“The plant is dirty, but it has many workers who spend much of their time catching fish than on council business,” a council source said.

Pictures of council vehicles being used to transport meat from poachers and manure have gone viral on social media.

“Workers, who report for overtime duty end up doing private business and we have a situation where empty containers are sold in United States dollars while council gets local currency,” the source said.

In the canteen, it emerged, workers who come for three hours are paid full shift allowances and overtime, something Town House described as fraud.

It also emerged that canteen workers were receiving chemical allowances when in fact, they do not handle such hazardous materials and it could not be established who was benefiting from the canteen proceeds.

“There is also gross abuse of vehicles for personal use by officials at the plant,” he source added.

It also emerged that the plant electricity was being abused by officials who have illegally connected power for other uses outside pumping water.

Harare mayor Herbert Gomba yesterday confirmed the rot at the water treatment plant, saying he would have a meeting with the town clerk on the matter.

“We cannot have a situation where supervision has collapsed to levels of impunity,” he said.

“I have seen the abuses myself and I am sure it is happening. I will investigate allowance payments and ensure we bring sanity. Workers must be productive or be made to be and managers must be pushed to do that. This cannot continue,” Gomba said.

Town clerk Hosea Chisango, however, said it was unlikely that this was happening, adding that Morton Jaffray was well-monitored as it was a small community.

“We have people on shifts 24/7 and we have supervisors on the ground at any given time,” he said, adding that there were CCTVs at the plant to monitor workers’ performance.

Chisango recently came under fire from Harare Metropolitan Affairs minister Oliver Chidawu for allegedly failing to properly run the affairs of the city.

Officials said a forensic audit must be carried out to establish the depth of the corrupt activities at Town House.