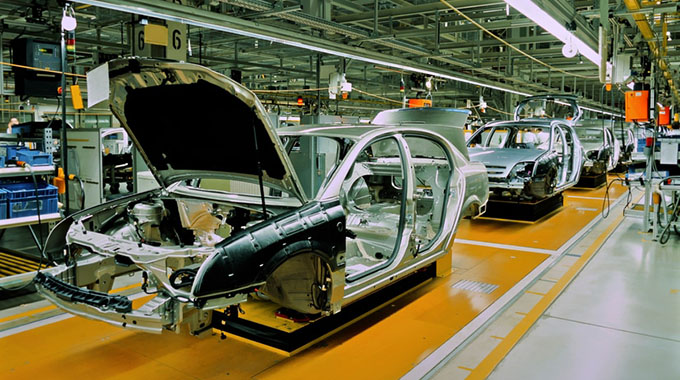 Africa Moyo Senior Business Reporter
GOVERNMENT is determined to revive the motor industry, which is seen as strategic in economic turnaround given its invaluable impact in job creation, value addition and contribution to Gross Domestic Product (GDP).

This was said yesterday by Major General Godfrey Chanakira (retired), who is the Permanent Secretary in the Office of Vice President Constantino Chiwenga, in his keynote address during a conference organised by the Procurement Regulatory Authority of Zimbabwe (PRAZ), the State Enterprises Restructuring Agency and the Motor Industry Association of Zimbabwe in Harare.

Rtd Maj-Gen Chanakira said the launch of the Zimbabwe Motor Industry Development Policy in June last year by Government,  underlines its commitment to resuscitate the sector.

The ZMID policy was launched against the backdrop that the motor industry, in existence for over 50 years, has historically proved to be a strategic sector in terms of meeting motor vehicle needs of the economy.

Rtd Maj-Gen Chanakira said the motor industry across the world, is viewed as a measure of technological development of that economy.

“In recognition of the significance of the local motor industry to the country’s economy, in terms of employment creation,  value addition, contribution to the country’s GDP, the Government remains committed to the resuscitation of the industry which it regards as strategic by putting in place the necessary supportive policy infrastructure,” Rtd Maj-Gen Chanakira said.

“Once this local motor industry has been developed, the component manufacturers and other down-stream industries will benefit from the value chain activities having been generated in the process.”

The ZMID policy has come at a time when the country is contending with increased vehicle imports, particularly second-hand cars from Japan, prejudicing the country of about US$500 million per annum in foreign currency between 2009 and 2014.

As imports spike, capacity utilisation at local vehicle assemblers has plunged from 20 000 units in 1997 to about 6 000 in 2009, with uptake of the few vehicles assembled locally at an all-time low as they are sold on punitive terms.

Last year, second-hand vehicle imports were expected to top 60 000 units. Rtd Maj-Gen Chanakira said an organised motor industry, together with an efficient, fair and transparent public procurement,  will boost investor confidence. In turn, this will help attract domestic and foreign investors that are urgently needed in the sector, to ramp up production of motor vehicles.

Said Rtd Maj-Gen: “The motor industry is at the heart of an economy as it provides essential transport service to both the  private and public sector.

“Given the relevant policies in place such as Motor Industry Development Policy, Zimbabwe Code on Corporate Governance which  promotes public sector procuring locally produced vehicles and PRAZ’s call for efficient, fair and transparent public procurement, I expect the motor industry to increase capacity utilisation of car assemblers from the current level of less than 10 percent  to 100 percent of installed capacity by 2030 in line with the vision of His Excellency President Mnangagwa of an ‘Upper Middle-Income Status by 2030’. “

He added that the revival of the motor industry will go a long way in creating employment and reducing the import bill, thus saving the much-needed foreign currency.

The conference ran under the theme, “Towards Vision 2030: Articulation of Strategies and Policy Position to Support Domestic Motor Industry for Competitive Advantage”.