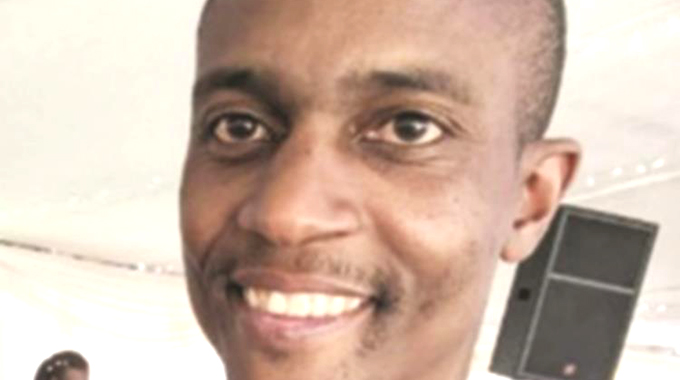 Fidelis Munyoro
Chief Court Reporter
Zimbabwean Nyasha Mugwagwa, who was among the 12 people killed in Palma, Mozambique, when armed criminals who claim allegiance to a terrorist group — ISIS — that attacked the town, has been buried by Mozambican authorities.

Government is presently working with the Mozambique government and companies in Palma to account for all Zimbabweans who were working in that town when the group attacked the town.

Palma is in Cabo Delgado province and is rich in oil and gas. Armed gangs have been escalating attacks since 2017 and it appears they are being assisted by foreign fighters using techniques similar to those in Syria, Afghanistan and Iraq.

The attacks have been roundly condemned by the United Nations, which has since called for an investigation into the activities of the terrorists in the province, which has seen several villagers including women and children, being beheaded.

In a statement yesterday, Foreign Affairs and International Trade Ministry Permanent Secretary Ambassador James Manzou, said emerging “eye witness accounts” are confirming that Mr Mugwagwa worked for the Remote Site Solution (RSS) company in Palma, and was among the 12 people killed by the insurgents.

“The 12 have since been buried by the local authorities as their bodies were in a state of advanced decomposition,” said Ambassador Manzou. “Under such conditions, pathological expertise is required to identify the bodies. The Government of Zimbabwe is therefore working with the Government of Mozambique with a view to identifying the bodies.

“Once one of the bodies is confirmed to be that of Mr Mugwagwa, the

Government would facilitate the repatriation process.”

Ambassador Manzou appealed to all those whose beloved ones were still missing to get in touch with the Ministry of Foreign Affairs and International Trade on +263 24 2794681-5 or 263 24 2727 005, Consular Department.

SADC last week convened a Double Troika Summit in Mozambique and agreed to urgently resuscitate and capacitate its Force Intervention Brigade (FIB) to facilitate deployment in Mozambique, which is under siege from the terrorist gangs.

FIB was first conceived as an arm of the United Nations Organisation Stabilisation Mission in the DRC. It is composed entirely of troops from South Africa, Tanzania and Malawi. At the key meeting, SADC resolved to immediately deploy in Mozambique as it prepares a proportionate regional response to terrorist attacks in Cabo Delgado.

Defence ministers from Botswana, Zimbabwe and South Africa, which currently make up the Troika Organ on Politics, Defence and Security Co-operation meet on April 28 to prepare a follow-up extraordinary meeting of the Organ Troika the following day.

A communiqué at the end of the summit said the heinous attacks could not be allowed to continue. Terrorists attacked the coastal city of Palma on March 24 and displaced over 11 000 people.

The exact number of people killed in the attacks, which took place close to the multibillion-dollar gas project by French energy giant Total, are not yet known.